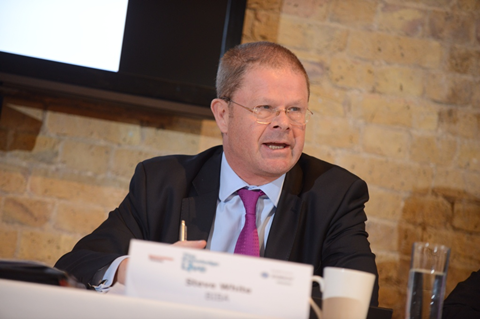 Thousands of brokers’ business models and the UK’s dominant position in the European insurance market are both “under serious threat” because of the current lack of a post-Brexit free trade agreement with the European Union, Biba chief executive Steve White has said.

His comments on the threat from Brexit come after UK prime minister Theresa May triggered Article 50 of the Lisbon Treaty today, formally starting the process to leave the European Union.

When the UK exits the EU in two years’ time, the current system that UK forms use to trade across the EU, known as passporting, will be lost, but as yet no replacement for passporting has been agreed.

May promised an “ambitious and comprehensive free trade agreement” to replace passporting in her Brexit white paper published in February, but there was little detail about how this would be accomplished.

Biba said today that the lack of a clear free trade agreement creates “huge uncertainty” for the 2,758 insurance brokers that have passports to trade in the EU. The broker trade body added that UK brokers trade £7.8bn in European revenues, which means the UK holds the number one position in the European insurance market.

White said: “The UK’s number one position in the European insurance market and the business model of nearly three thousand UK firms is under serious threat if we do not have barrier-free, tariff-free access to the EU market including some form of passporting model and regulatory equivalence.

“Therefore, as Theresa May invokes Article 50 we call on her to deliver what she stated in her Lancaster House speech - the greatest possible access to the EU through a bold free trade agreement.”

Biba executive director Graeme Trudgill added: “5,727 EU based insurance intermediaries possess passports to trade in the UK – many of them accessing the London insurance market. This demonstrates the genuine need for mutual market access and evidences a clear opportunity for Theresa May to nail down a free trade agreement for the insurance sector, protecting UK jobs and income.”