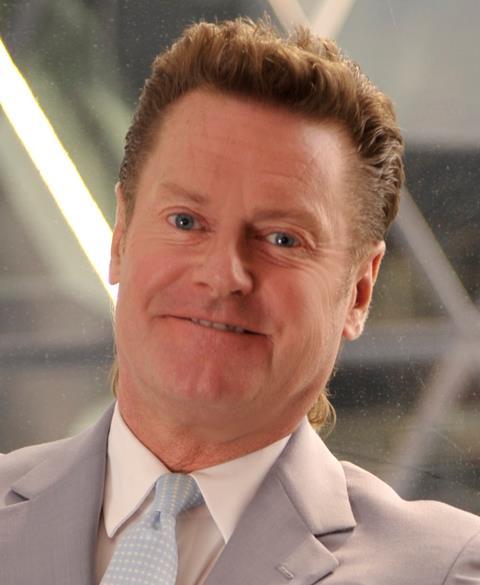 What will be the biggest (re)insurance issues in 2014?

Catastrophe – over the past 30 years, the occurrence of catastrophes has been on an upward trajectory, and their impact on the insurance industry has increased. The cost is getting bigger, the losses are getting bigger, and they are becoming more frequent. Insured losses as a proportion of GDP have grown at around 5.3% a year. The impact of the cost is becoming a larger proportion or percentage of GDP.

Let’s turn to capital. Non-traditional capital accounts for around 15% of the global property cat reinsurance market. One broker estimates another $100bn of third party capital could easily flow into the business in the next five years. So we are seeing that, as returns on capital are very low, investors are looking to diversify their income streams and their asset allocations. Insurers have, over the last eight to 10 years, done a pretty good job of making a pretty good return on capital. But there is a variety of different capital models coming into the market. They may not always have the sophistication to underwrite, but they will provide capital to sophisticated insurers. So the implications of too much capital in the business mean that the industry will become less cyclical. You are not going to see these violent swings, as one set of capital gets destroyed, you can now just shunt in capital from somewhere else. There isn’t this shrinkage of capital, the market becomes volatile for a year or two, then the capital comes in again. So you are going to see a less volatile industry, and it’s going to be more challenging to make an adequate return.

Compliance. Post-global financial crisis in 2008, regulation is becoming tougher. It is becoming more invasive. It is there to protect the prudential fabric of the insurance and banking industries, and the consumer on the ground.

We’re a big company, and we also have consumer exposure. So we have got to be all over compliance. It is time consuming, it costs a lot of money. You could argue that it’s sucking up or diverting management time and not letting you get on with the entrepreneurial side of the business. The point is, we absolutely welcome proportionate regulation, and the compliance that goes with that. But if the current trends continue, we will need to be sure we don’t overcook it, and that the regulatory burden doesn’t handcuff the industry so we can’t go out and sell good products. There’s got to be a level of trust. And this is not just the UK, the trend is becoming more and more global.

Finally cost – the cost of product, or cost of doing business. This is about appropriate and adequate pricing. The concern that we have here is that because there is so much capital and capacity, there is stiff competition. So making sure that you are charging the right price, making the right call on the cost of the product, so you are able to pay the claims, so you induce your staff to do the right thing, you’ve got to understand your margin. But that’s becoming slimmer and slimmer as the competition increases. Increasingly, you need to have the dataset and deploy your analytic capability to understand what you’re good at, what products you want out there and at what price. Otherwise there is an incredible danger of exposing your balance sheet to financial damage. If you damage your balance sheet, you are fundamentally devaluing your proposition to your client base.

How can insurers best differentiate themselves given tough competition?

If you went back in history, insurers would have said it is very hard to have sales and underwriting operations that both perform well. Sales is all about volume, getting out there, selling products and, most important of all, understanding how to service your clients. Underwriting goes back to making margins and protecting your balance sheet. Now, it is imperative to do both, and to do them both well. You get those two right, and while you may not be totally differentiated from the rest of the market, it puts you up there.

What will be the biggest challenge in 2014 for ACE in EMEA?

A lot of the challenge for any insurer in this region right now is around growth. Looking at the regulatory environment, market environment, economic environment, all present challenges to growth. Now at ACE, we don’t grow for growth’s sake, we grow profitably, and it is difficult to find growth in these conditions. You will never get underwriting absolutely right, but at ACE we feel more confident about the way we are approaching the business today than we ever were. We think we have a relatively good level of confidence about understanding our margins. So the second challenge, once you’ve accomplished that, is: how do you grow?

You look at mature Europe – for example UK, France, Germany, Spain, the Netherlands. It is very difficult to grow in those countries. Economies are tough, market conditions are very competitive and regulation is increasing in all of those countries. But with the right mindset, you can still find growth. What have we done at ACE? In the past nine years, we’ve gone into 10 or 11 new countries.

You look at Russia, Hungary, the Czech Republic, Turkey, Dubai, Bahrain, Tunisia, for example. We’ve gone into all these countries, and now they are beginning to flourish. Some businesses are more mature than others. But what’s happening now is the investment we made over all those years is coming to fruition. Most of those businesses are growing at rates easily into double digits. Some beginning with two, some beginning with three. We are seeing terrific growth in a lot of these countries. If you’re just confined to operating in London though, man, that’s a tough way to try and deliver this type of growth.

How much time and cost has preparing for Solvency II cost ACE?

What I can tell you is that up until nine months ago, we were full steam ahead. I will say this: we spent a considerable amount of money, we have employed a considerable amount of people, to make sure we were compliant, on schedule and fulfilling our obligations to the regulator and to the EU. And we’ve done that. We are happy with where we are. By co-incidence, I was at a lunch today at the Bank of England, and one of the topics was Solvency II. This will absolutely be implemented in January 2016. There still needs to be some work done, especially from a UK regulatory perspective, on quite how we move from where we left off and where we need to get to now. Some of it is about calibration of internal model, some of it’s about output, it’s about what is the amount of capital that really is required. But it needs to be clear for the industry, from a UK regulatory perspective, at least the end of 2014 so we know what is expected of us, in order for us to implement on January 1 2016. Do I think it was a worthwhile exercise? Well, Solvency II  became a somewhat overbaked product, but the benefits of doing the work on it mean we know more about risk, exposure, governance, pricing, reinsurance purchase, investment management performance. The outputs have given me the opportunity to challenge any predetermined thinking. It has also allowed management the capability of having wider, broader analytical, incisive and invasive interrogative thought.

Where will growth come from for ACE next year?

Emerging markets is one, but also emerging products. We will get growth from emerging liability products as litigation increases, we will see growth as concerns around areas such as nanotechnology, environmental pollution and cyber risk increase.

Also, to some degree, we will go back to traditional product emergence. Take D&O. If a board of directors is going into a new country, with new exposures, they need to be absolutely on the money about doing the right thing, as otherwise there will be a shareholders’ suit. So we will see an increased emphasis on the importance of certain traditional products that have been around for some time, as globalisation and new ways of doing business increase.

Who do you most admire in the industry, and why?

There are two people I admire most. One is Evan Greenberg, chairman and chief executive of the ACE Group. He is certainly, in my view, the smartest insurance guy I’ve ever come across. He’s just a smart guy generally, indeed you don’t get to the board of Coca Cola as a non-executive director for nothing, and that’s another example of his roundness and capability for immersing himself in all things.

His attention to detail and ability to think in a forward fashion, or ‘conceptualise’ as he calls it, is remarkable. And he will drill down very deeply into the company if he wants to find out an answer to a question. He has a great depth to him, and for that I admire him very much.

I would also put Sir David Rowland in that category, the man who was at the helm of Lloyd’s during its reconstruction and renewal. For those that aren’t already in the know, Lloyd’s was close to going under. I couldn’t say it was a single-handed effort on his part, but he deserves to take a great deal of the accolade for saving Lloyd’s. This was an institution that I’ve founded my career on, and it is still a part of my life. He led Lloyd’s tremendously at a difficult time, and kept a vital institution alive when it was near death. That was an amazing feat that he very much helped to pull off – and look at where Lloyd’s is today, it’s in great shape again.

What do you know now that you wish you had known when you started in the industry?

Quite simply, I wish I had understood from the start the importance of taking action to remove underperformance. I’m a great believer in giving people a second chance, provided there is a reason – it doesn’t involve dishonesty, it doesn’t involve gross incompetence, or anything like that. People make mistakes and it’s important that when they do, they learn from them.

However, tolerating mediocrity means keeping people in a job that aren’t really pulling their weight, and not contributing to the company’s success as much as their colleagues. If maybe sometimes one isn’t tough or swift enough to act, then it perpetuates a set of circumstances that mean the company isn’t performing at its best. In addition, it lets down all the other people that are working hard or better at their jobs.