Insurance is no stranger to email gaffs – from sexist talk of ex-lovers to rude Bart Simpson animations, some people should think twice before clicking ‘send’ 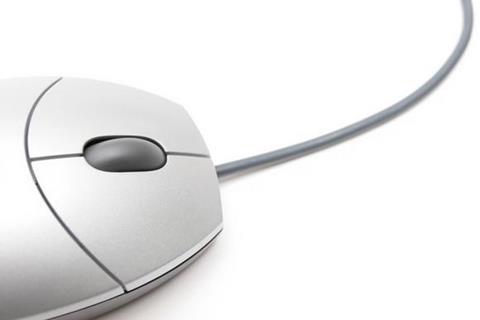 Two weeks ago, it emerged that mega-broker Willis is investigating an email involving a young broker’s rules of engagement for a rugby tour of Dubai. Unfortunately for this one young broker – reported in the press as James Hill - the email went viral after its rather cheeky and indiscreet contents caused much hilarity among recipients. The broker and his three friends, who call themselves G4, boasted of their “capability to dominate social, political and economical spheres”. The rules included: mentioning parents’ salaries once a day and a ban on calling girlfriends. Click here for the full list of rules.

Early last year, London market broker Sebastian Marsh became the talk of the Square Mile when a sexist email between the young Miller Insurance employee and his friend, property consultant Harry Fildes, was forwarded across the country. It all began when Marsh sent an email to Fildes asking whether it was okay to pursue his ex-girlfriend for a relationship. The email quickly descended into sexist language, with Fildes expressing his dislike for the ex-girlfriend. When Marsh asked for the woman in question’s email address, Fildes sent it on but accidentally copied her into the emails. Shortly after Miller began an investigation, Marsh was dismissed from the company. Months later he claimed he had been blacklisted by firms in the City.

Confusion surrounded the implementation of the much-anticipated Ministry of Justice Reforms in 2009, following a chain of emails that appeared in the inboxes of claims and legal chiefs. In an extract from Anthony Hughes’s ‘Legal blog: It was a mistake’ (29 May 2009), the ex-Forum of Insurance Lawyers (Foil) president recalled the calamitous exchange.

“So there I was, ploughing through papers in preparation for the first mediation on the Ministry of Justice Claims Process Review. Imagine my surprise when an email arrived from the MoJ, not 24 hours before that meeting to say that the process would in fact be delayed and implementation would not now take place until April 2010. Not a complete surprise but the timing was hardly motivating.

“Nevertheless I jumped on the train and stopped off en route, to a meeting with the Association of District Judges. The plot thickened as one of the judges announced that he had heard that the whole process had been mothballed pending the Jackson Review. Surely not! The whole thing then descended into farce when I was actually sat mid-mediation and another email arrived, again from the Ministry of Justice, this time saying that the previous letter announcing the delay was a mistake.

“Those members of the Ministry of Justice sat in the mediation denied that it was a mistake and scurried off to seek clarification. Out of curiosity, I replied to the email asking to know whether they were sure that this was in fact correct, to which I received a response saying that when they sent the email it was indeed correct – which, frankly, told me nothing.”

Back in 2000, Royal & Sun Alliance (now RSA) was forced to suspend around 60 staff after they exchanged what was described as a “lewd” email containing an animated gif of cartoon character Bart Simpson. Reports claimed that up to 100 staff were quizzed over the email, which originated in the insurer’s Liverpool office.

Reports also said the email had been discovered after it was accidentally sent to an RSA director, but this was denied. “We’re not going into detail on how the investigation is going but it’s fair to say the Liverpool office is a focus,” said a spokesman. Less than a month later, the suspended RSA staff returned to work but 10 staff at the company’s Liverpool and London offices were sacked. Further details claimed pornographic images, which were reported to have included a picture of Muppets characters Fozzie Bear and Kermit the Frog fornicating, were later uncovered.

The email scandal came hot-on-the-heels of the suspension of five staff at law firm Norton Rose, after a woman’s sexually explicit email to her boyfriend at the firm was forwarded to an estimated two million people around the world.

Spitzer goes off the paper trail

New York attorney-general Eliot Spitzer allegedly sent private emails during his 2005 prosecution of former AIG boss Hank Greenberg to contact AIG insiders and to get the media to write flattering stories about Spitzer’s political future, court documents claimed. In 2009, lawyers for Greenberg and former colleague Howard Smith fought to get hold of the emails, which they claimed Spitzer used by operating an email account “surreptitiously” at his offices to avoid a public paper trail.