The Knowledge - High net worth: IT BrokerView 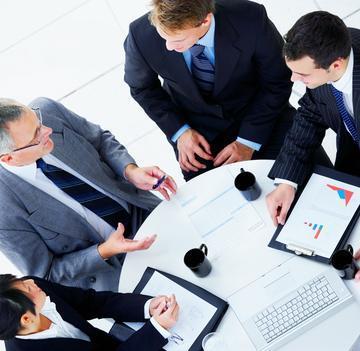 1 How has overall GWP for high net worth changed over the past 12 months?

High net worth (HNW) is one pocket of the market showing good growth, with more than half of respondents reporting a rise in GWP. Double-digit growth was confirmed by a solid 23% of respondents, reflecting a combination of market expansion and rate rises. Meanwhile, only 3% of brokers reported a single-digit decline in GWP, and none had experienced double-digit falls.

2 How have HNW premiums changed in the past year?

Most, 54%, reported no change in premium levels during the past year. But a large minority, 37%, said that premiums had hardened, compared to just 9% who experienced a softening of rates. This could go some way to explaining the overall rise in GWP reported by the panel of brokers who responded.

3 How has your firm’s overall number of HNW clients changed over the past 12 months?

Most brokers, 74%, claimed to have made a net gain in their number of clients during the last year. The results suggest that there are still a good number of upwardly mobile high-earners joining the ranks of the wealthy in the UK – or that brokers are acquiring new business from foreign clients. Money from Russia and the Middle East is believed to have been poured into property in the capital since the start of the recession in 2007.

4 Have you ever lost a HNW client as a result of poor claims handling by insurers?

The overwhelming majority, 85%, of brokers claim never to have lost a client over poor claims handling. Of the 15% that have, 9% put it down to an unfair settlement and 6% said that the claim was resolved too slowly. In the Insurance Times 2011 Broker Service Survey for personal lines, brokers rated claims handling – both the speed of the process and the fairness of the settlement – as the most important service dimensions, above all the others. Between the two, fairness was considered even more important than speed.

5 On average, how happy are you with the speed of claims handling for HNWs?

Most respondents, 54%, were happy with the speed of claims resolution they’d experienced for high net worth clients, while 34% were very happy and 11% satisfied. No brokers thought that claims were handled either too slowly or much too slowly, providing a positive picture of service levels in the sector.

6 How big is your firm’s HNW book in GWP?

Most brokers, 51%, who responded to the survey said that their firm’s high net worth book was worth between £100,000 and £999,999. Depending on the market segment being served, brokers could be handling multiple clients paying a relatively modest annual premium – or alternatively only a small number of very large clients. But no brokers reported £5m-plus GWP, suggesting that big clients tend to be spread around the market.

What one thing could insurers do to improve their service in high net worth?

‘More advertising aimed at using brokers to place the business’

‘Be more flexible in negotiations at renewal regarding the premium, thus potentially avoiding a need for us to re-market. Brokers know their clients, and most only move due to large hikes at renewal’

‘Underwrite a risk rather than rely on computer-generated models’

‘Nothing: I am perfectly happy as things stand. Just keep it simple and focus on speed of response times, policy issues and claims handling’

‘A higher single-article limit under personal belongings for certain insurers’