The Knowledge - High net worth: Interview with David Sweeney

‘When you’re a small insurer, you have to find a niche – like a boutique’ 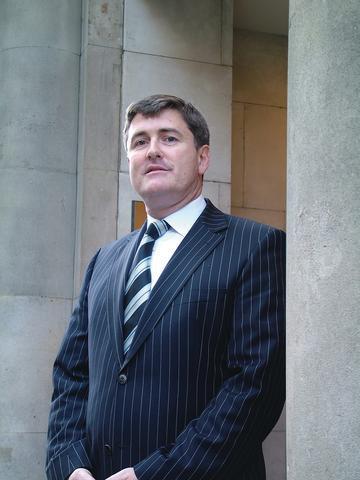 Q. How big is your high net worth GWP?

A. My bit of business is about £80m, of which slightly more than half is mid-to-high net worth. The rest is commercial.

Around 70% of the high net worth goes through the brokers, and we have relationships with Lloyds TSB, Saga, John Lewis, AA – and now Debretts. These brands advertise to people who’ve got the right level of household contents.

We deal with about 400 or 500 brokers, which is quite a small distribution base. The idea is to keep it intimate.

We don’t sell direct because it’s very expensive. Advertising on television costs a lot of money, and being a broker-only company means you can get some loyalty from the majors. A lot of brokers are against having to compete with the direct players all the time – they’re eating their lunch, aren’t they?

Q. Was it a good first half?

A. We’ve been lucky that the weather has been on our side for a change. Compared to last year we’ve had a comparatively mild winter during the first three months of 2011, and that has helped the mid and high net worth markets. The first half was ahead of budget in terms of profitability and top-line growth on the high net worth and the commercial business.

That’s not to say that we don’t need some price increases, because you cannot really underwrite on the back of luck or good weather.

The high net worth market is growing quicker than the standard market. Even during the economic crisis, it was still growing faster than you would’ve thought.

A. During the last couple of years everyone’s been pushing prices up a bit. Everybody who’s in the market would agree that prices still need to go up a bit, but they don’t need to go up massively to be relatively sure of a return.

Q. How did the deal with Debretts happen?

A. Debretts approached us, and they wanted a tie-up with a broker – Prestige. Between us, we put together a proposition that they felt would be great for their customers. They do the marketing, we do the fulfilment. Generally, for someone who would need this sort of a cover, we’d expect to convert 25%-35% of these enquiries into policies.

When you’re a comparatively small insurer, you have to find a niche – like a boutique. You can’t expect to compete against RSA or Aviva. You haven’t got a big data centre, or their discounts or supply chain.

Q. What do you mean by ‘hidden business’?

A. That consists of people who should be on a mid or high net worth contract but aren’t. They’ve just got a standard policy and they think that the £100,000 cover they’ve got is enough.

Advertising helps immensely to tap into this unexplored market. We also get brokers to ask some extra questions about lifestyle. If you’ve got a household with £50,000 worth of contents, a standard insurance policy isn’t enough. Along with laptops and other things, it is probably near £100,000 nowadays.

Q. How do you make money?

A. Retention rates are around 91%-92%, whereas a standard book would run at about 75%. The lifetime value of the policy justifies the amount of money spent in the first year of acquiring the mid or high net worth client. If you’ve got a retention rate of, say, 80%, the lifetime value will be five years worth of premium. A 90% retention rate would be around seven years. So that’s why you can make more money.