Having achieved his ambition of becoming boss of a global reinsurance and wholesale broking giant, Toby Esser is looking for his next big deal 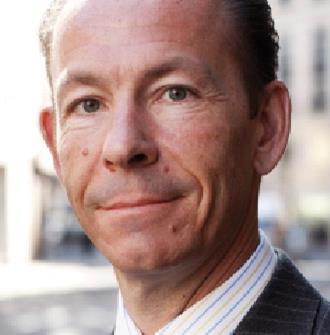 The quiet life is not for Toby Esser. The Cooper Gay Swett & Crawford (CGSC) chief headed the team that set up the broker’s New York office back in 1998, and recalls it would have been all too easy to bask in his early success and stay put in America.

He says: “It was a great time: I was young, living in Manhattan, with an office on Wall Street and I really enjoyed it. I could have had an easy life - enjoyed myself and made a lot of money being over there - but for me the only way to do it was to run the company.”

So Esser returned to Cooper Gay’s London headquarters, and was appointed group chief executive in 2001.
Fast forward to the present, and Esser has fulfilled his ambition of becoming the boss in what is now a global reinsurance and wholesale broking giant.

Results released this month show the group brought in $344m of fees and commissions in 2011. Those are the first results since the merger between Cooper Gay and US wholesale specialist Swett & Crawford in 2010, a deal that has more than doubled its revenues.

Now, as then, Esser is keen to grow further. “It would be quite simple for me to lead a relatively pleasant lifestyle, relax a bit and not seek some new funding, not grow the business and not buy more businesses,” he says. “But it’s just not who I am.”

‘It would be quite simple for me to relax a bit and not grow the business. But it’s just not who I am’

The transformational deal that created CGSC has presented challenges. Swett & Crawford’s former owner, Aon, stopped using the company’s wholesale services in 2011, which left the company having to replace “an awful lot of income in the USA”.

Esser says that his team has done a “phenomenal job” of replacing the income but, even so, this setback coupled with the tough economic climate meant that Cooper Gay’s fees and commissions grew just 4.5% from the 2010 level of $329m.

In addition, the heavy debt burden Cooper Gay inherited when it bought Swett & Crawford restricts the group’s ability to grow through acquisition. CGSC’s 2011 Companies House results filing puts net debt at $358m - 5.2 times underlying earnings before interest, taxes, depreciation and amortisation (EBITDA). An initial public offering (IPO) would add equity capital to CGSC and free up funds for acquisitions, but the market is volatile and not conducive to flotation.

As a result, Esser is considering turning to private equity for the extra capital, and is looking to do a deal “as soon as possible”. “We have always had those conversations [with potential investors] and we have a few favoured partners,” he says.

While not looking to do another Swett & Crawford-sized deal, Esser has plenty of plans for the money. He views CGSC as a global business already, but is keen to make it more so. “Within the wholesale and reinsurance arenas we want to grow our portfolio, and that is true on a worldwide basis,” he says.

Esser contends that while London is a hub for global business, waiting in London for the business to come to you is no longer enough. Lloyd’s underwriters, who previously depended on Lloyd’s brokers bringing them business from overseas, have started setting up foreign branch offices.

An area on which Esser is particularly keen to focus his attention is managing general agencies (MGAs). The company has a variety of underwriting brands in its portfolio, including Creechurch, Energy Technical Underwriters, JH Blades and Globe, the new brand for Oliva Underwriting. In combination, these brands write about $500m of premium.

“We would like to push the MGA business,” Esser says, adding that he has identified several suitable targets. “We have got a couple of them, specifically in the USA, that we are very keen on doing. But we are also keen to expand the underwriting not just in the USA and Europe, but in places like Latin America and emerging markets.”

Expanding the MGA business means greater control over the distribution chain. “If you are purely London-based, you are relying on people overseas to feed you business. The more those individuals open up in the UK, the more you lose your position. The more the major international retailers say they will only deal with their own London market operations, the more it reduces your position,” he says. “You really want to control your distribution as much as you possibly can, and controlling and owning MGAs does that.”

CGSC would be keen to expand its UK-based MGA business, though not necessarily writing UK-sourced business. “In a soft market everything is available and there is no point writing that business at cheap prices, which is what we would have had to do,” Esser says.

CGSC is also hoping to expand its London market reinsurance business, which Esser says is currently dominated by the reinsurance divisions of the big three brokers Aon, Marsh and Willis. “We provide a very serious alternative to that,” Esser says. “We have a big book of that business and we would like to see that grow.”

IPO on the cards

While CGSC is looking for private equity for its short-term funding needs, an IPO is still very much on the cards – although it is not yet clear whether the company will choose to list in its traditional home of the UK, or the USA, where it now has a large presence thanks to the Swett & Crawford deal. “The longer-term strategy is still to become a floated broker at some stage in the next few years,” Esser says.

Cooper Gay has transformed during Esser’s 11-year stewardship. With Esser at the helm, it will be interesting to see what the company looks like in another 11 years.

Market view: A respected, well-known Lloyd’s wholesale/reinsurance broker that has propelled itself onto the global stage through recent acquisitions