What's next for MGAs? 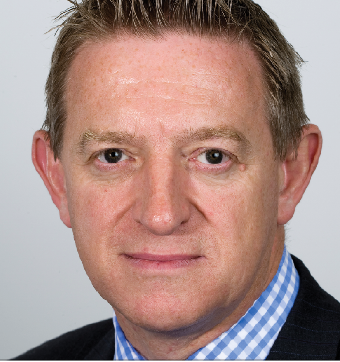 Q: How has the MGA model developed to become an established part of the UK insurance market?

A: I think the model has developed from a relatively niche solution pioneered by Lloyd’s markets with specialist underwriting agencies to something that is much more common, with most large organisations having some involvement in MGA business. They do seem to have become the fashionable thing to do, and some propositions, in my view, are clearly not properly thought out.

Q: Why do many insurers support the MGA model now?

A: Arranged appropriately, on the right terms in the right circumstances for the right risks, MGAs can be a good and profitable route to market. They are best in areas where the MGA holder brings some expertise that the capacity provider does not possess themselves.

Q: Why do some insurers still oppose the model?

A: Some MGAs demand very high commission levels, making profitability very difficult. In addition, some insurers feel that delegating their underwriting decision-making is outside their risk appetite, particularly in some segments. They may also cannibalise existing premium income, but deliver lower returns. In addition, there can be less transparency or delays in seeing the true financial impact on business that is underwritten outside of an insurance company. This is particularly so where the claims handling is also delegated.

Q: Why do brokers like working with MGAs rather than with direct insurers?

A: Some brokers feel that an MGA gives them a better position in responding promptly to their existing or prospective clients. In some instances, there are also substantial earning opportunities based around high commission levels and work transfer charges. Some MGAs target specialist areas where competitive cover might not be generally available, and it is these MGAs that are adding most value to the market.

Q: What makes a successful MGA?

A: A successful MGA encompasses true risk transfer and removal of duplication of effort. It sees underwriting expertise brought to the party by the broker or MGA holder that the insurer or capacity provider does not possess. It has commission levels and loss ratios that enable all involved to make a reasonable profit, sustaining the arrangement for the longer term and building sufficient reserves to cover any large losses.

Q: How big an impact has the financial crisis had on MGAs?

A: The financial crisis and the extended soft market have made it difficult for many MGAs to deliver a profit, though some have responded very well to these challenges. That said, competition for business has made the option of taking an MGA an attractive proposition to brokers and, strangely, despite the recession, there does still seem to be a surplus of capacity in the market.

Q: What’s next for MGAs and how will it impact on insurers?

A: MGAs will continue to be an important part of the market, but hopefully they will exist for sound reasons where they genuinely add benefit, rather than being just the fashionable thing to do. I do see some consolidation, and purchase by insurers is a good option if you want to bring some specialist expertise in-house.

Market views: What does the future hold for MGAs?

“My principal worry for the future is that insurers with excessive capacity will start to lack the discipline required to select the right MGA. The fear is that some insurers will end up giving their pen to a rogue MGA that sets up a business in a niche area and decimates the marketplace for 18 months with unsustainable prices.

“When the claims start to come in, the carrier will of course realise it’s made a mistake by releasing the rates it has and pull the facility. But the problem is in the meantime you’ve driven down the premium in that marketplace, and created an expectation for clients that premiums will change, and that’s all due to the insurer failing to do enough due diligence at the outset and releasing inappropriate rates and covers.”

“MGAs will continue to increase but they won’t, perhaps, be the MGAs of old. I think the MGAs themselves needed to develop and move with the times. When Primary was first an MGA, for them and the insurers it was about distribution entirely. The insurers saw an opportunity for growth and it was all about distribution. But now the insurers and obviously the MGAs see the differences in product, reaching different markets.

“There’s also the potential in certain instances for the MGAs to carry some of the risks themselves, or at least taking some of the share of the underwriting upside and downside. For me, that will be the future of the MGA, taking the share of that underwriting risk in some manner. It may not be a quota-share or co-insurance, it might just be a sliding share on commission.”

Neil Clutterbuck, director of underwriting and technical with Allianz Commercial:

“Established MGAs will continue, but I don’t get the impression that we’ll see a significant expansion of MGAs. If anything, we may see a further contraction over time. Insurers will want to continue investing capital for themselves and taking underwriting positions themselves. We look to balance our portfolio in terms of distribution.

“The success of any MGA is driven by data, knowledge and performance and, as such, it is only as good as its last game. So in future, there will remain a constant pressure on MGAs to ensure that they are deploying whoever’s capital they are using in the most cost-effective, well-controlled way possible.”

“The increased regulatory burden will undoubtedly make life harder for small businesses such as MGAs. But I don’t see the sector either shrinking or growing beyond where it is now. It’s pretty straightforward for an insurer or broker to buy an MGA, as you don’t have the legacy issues you might have with buying an insurer. Insurers that want to grow their top line will continue to buy volumes and MGAs are a simpler and less risky acquisition than buying another insurer’s balance sheet.”

Read more in our Spotlight on MGAs: Managing general agents: rise of the middle man.