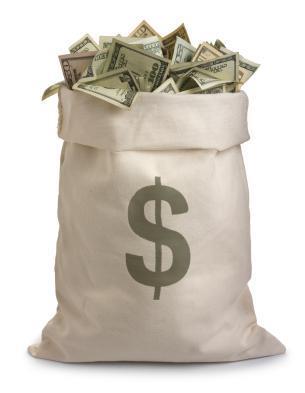 A niche broker based at a business park near Colchester is not an obvious target for a mutinational brokerage based in the glamour of the Big Apple.

But the sheer fascination and, perhaps optimistically, respect, that the US insurance industry has for its transatlantic cousins means that Integro’s purchase of media specialist Allan Chapman & James (ACJ) this month was not a shock. Rather, the deal feels like part of a broader trend of the US trying to build a base in what remains one of the world’s most significant – and geographically fortunate – insurance markets: the UK.

US private equity has been in on the act, with New York-based Lightyear Capital taking a good long look at Leadenhall Street’s Cooper Gay Swett & Crawford.

This is not, though, just about acquisitions. Aon upset an entire city – Chicago – when it decided to relocate to the UK earlier this year, while Willis has been opening shiny new offices in major areas outside of London, such as Birmingham and Leeds.

Integro’s move into the UK has been especially bold. Set up this side of the pond seven years ago, the company has made a number of eye-catching acquisitions, including Arch Intermediaries in 2009 and the marine book from London Market Insurance brokers in 2010.

Further, this year, Integro divided its business into four divisions, two of which focus primarily on the UK. The ACJ buy-out will give the group strength in speciality lines, adding cover for star-studded shows like Sherlock to existing accounts in music, such as Live Nation.

ACJ commercial director John Claffey says that “without any shadow of a doubt” the UK’s long tradition in broking is a huge reason behind interest from the US. As a result of that rich history, the UK industry is arguably more advanced than most nations in finding, and then building up, business in specialist areas that provide attractive margins.

Claffey says: “Integro is a major broker in entertainment in the US and it is looking to expand on this. From Integro’s perspective, we’re a niche broker with delegated authority – very much a complement to the types of line the group has in the States.”

Aon’s decision to move its headquarters from the “windy city” to the UK brought plenty of snide remarks that this was purely to do with the country’s preferable corporation tax rate. In itself, that is no bad thing, although it leads to fears that Aon could move back if and when the US tax regime is more favourable to big business.

However, Aon has downplayed this reasoning, essentially suggesting that this is merely something of a financial bonus. More important, according to an Aon spokesman, is that the move, which took place in April, offers the advantage of a time zone that can straddle North American, Latin American, European and Asian markets and bring the company closer to its client base in an era of globalisation.

The spokesman adds: “Relocating our corporate HQ from the US to the UK was primarily a strategic play. London is one of the largest insurance markets in the world and where many of our clients look to place their business. London is closer to our clients in the Middle East, Europe and Asia – it’s easier to take a day-trip to somewhere in Europe from London than from Chicago.”

However, if the reasons related to tax savings, others might soon follow. A senior Democrat Party member told Insurance Times there is “no way” President Obama will lower business taxes if he is re-elected later this year, suggesting other insurers and brokers could follow Aon’s lead should they face another four-year term of what many consider penal rates.

US backing but UK roots

Another broker with an acquisitive US parent that has been in the news recently is Gallagher Heath, which was bought out by Illinois-based Arthur J Gallagher International in May last year. This month, the group gobbled up Blenheim Park, a retail broker focusing on second and holiday homes both in the UK and overseas.

A spokesman for Gallagher Heath positively bristles at the suggestion that the firm is US-led, arguing that “the strategy is about the UK defining its own life, rather than Americans waking up in Chicago one day and thinking ‘oh, the UK’s interesting’”. But, the British subsidiary’s growth is a good example of how US parents with strong balance sheets are willing to provide their teams in the UK with the financial firepower to grow their businesses.

The insurance industry, like most of British business, has struggled in recent years, with low margins, the prolonged introduction of Solvency II, and fierce competition between brokers. However, it seems the US still holds the UK in high regard due to a competitive, well-located economy and that much of the industry’s forthcoming growth could be driven by the dollar rather than the pound.