Airmic chief executive to step down 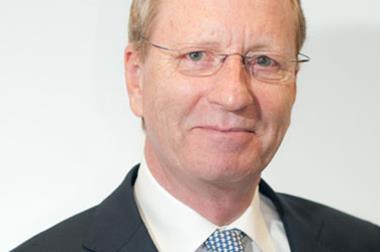 John Hurrell is to step down after nine years as chief executive of Airmic, but will remain in post until his successor is in place, the UK risk management association said today.

Clive Clarke, Airmic chairman, commented: “We would like to thank John for his outstanding work over the past nine years. Under his leadership, the association has gone from strength to strength. John has done a huge amount to raise the profile and standards of the risk profession, and has also helped to influence the way commercial insurance is conducted in the UK. He leaves Airmic in an excellent position to continue its mission.

“Our focus now is on ensuring a seamless transition. John’s replacement will take over at a critical and exciting time for Airmic members. This is a hugely influential role, and we anticipate interest from people of the highest calibre. Our priority will be to ensure a fair, transparent and successful transition.”

Hurrell became chief executive in January 2008, following a career of almost 30 years in the Marsh and McLennan Group of Companies.

He commented: “I have had a wonderful innings at Airmic and am hugely grateful for the support I have received. Airmic has the most exciting business plan ever and fantastic support from its board, members and sponsors, but I feel the time is right for new leadership to take Airmic to the next stage on behalf of its members. One of my first decisions as chief executive was to introduce a nine-year maximum term for Airmic board members, so I feel it is only right for me to hand over the reins having completed nine years at the helm.”

Hurrell added that he is looking forward to spending more time with family, whilst hopefully remaining engaged in the market in some capacity.

Nick Hughes, a long-standing board member and honorary secretary for Airmic, will lead the succession process. The association has appointed an executive search firm and a small panel consisting of Hughes and the next two chairmen, Paul Goulding and Lynda Lucas, to oversee the process.

All interested parties should contact Charlie Thompson at Odgers Berndtson. Airmic will announce the new appointment in due course.