Airmic’s chief exec to step down

The leader has been at Airmic for a total of eight years after starting out in a position on its board; a successor will take over as chief executive in 2021

Airmic’s chief executive John Ludlow will be stepping down after nearly four years in the top job.

Ludlow will remain in his position until his successor begins in early 2021, when there will be a transition and handover period.

Upon stepping down, Ludlow plans to focus on his charitable non-executive director roles and to spend more time on his other interests with his family in the West Country.

Tracey Skinner, Airmic’s chair, commended Ludlow’s contribution to the association, as well as to the wider risk community.

She said: “Airmic has grown enormously under John’s leadership and I would like to thank him for his tireless contribution to the development of the risk profession.

“During his time, Airmic membership and partner numbers have increased and diversified, the secretariat team has grown and professionalised, our educational offering transformed and he has begun the important digitisation journey. We wish Ludlow all the best.”

Airmic recruited for several senior appointments during 2020, to bolster the bench-strength of the secretariat and the programme it delivers.

Ludlow said: “I am extremely proud of what Airmic has achieved in the past four years, none of which would have been possible without the fantastic support of our team, board, partners and – most importantly – our members.

“My priority has been to position Airmic for the future by improving the quality and richness of our membership offering and developing the partnership structure.

“Airmic now has an expanded, highly motivated and competent team and I feel that someone with more time to give must continue this exciting journey.”

Ludlow has been at Airmic for over eight years after starting out on the board in 2012, being appointed to deputy chair in 2015 and later becoming chief executive in June 2017.

Under Ludlow’s leadership, Airmic expanded into enterprise risk management and transformed its educational offering, which supports members throughout their careers.

He helped the association navigate the pandemic’s first wave; this included delivering Airmic Fest – the first ever three-day digital conference for the UK risk profession.

Prior to joining Airmic, Ludlow was senior vice president and global head of risk management at IHG Group.

Skinner added: “Our focus now is on ensuring a smooth succession. The future for risk professionals has never been more exciting and we look forward to announcing the new appointment at an appropriate time.” 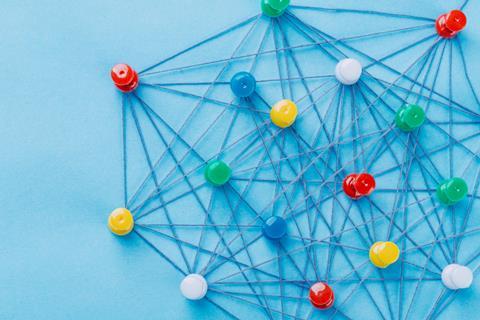