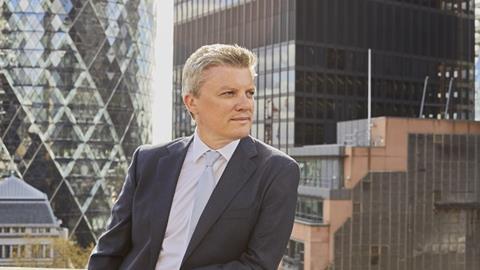 Newly-formed UK broking group Ardonagh has reported a 67% drop in earnings before interest, tax, depreciation and amortisation (EBITDA) in the first half of 2017 and a widening statutory loss after being hit by a series of one-off costs.

But with the one-off costs stripped out, Ardonagh’s adjusted EBITDA rose 21.3%. The new group also grew revenues by 3.7%, the bulk of which (3.4%) was organic growth.

Chief executive David Ross praised the adjusted Ardonagh results ­– the first results it has published since its formation was finalised on 22 June.

He said: “The progress we report today is testament to both the strength of the individual brands in the Group and its combined power in a market which continues to present us with significant opportunities.”

It reported a statutory loss before tax of £53m, almost double the £27.9m loss reported in last year’s first half.

The figures are reported as though all the group’s divisions were owned since 1 January 2016.

The EBITDA was pushed down by a series of one-off costs related to the company’s restructuring and transformation. They include £18.5m of acquisition and financing costs, £6.7m of group reorganisation costs and £1.7m of regulatory costs.

The one-offs also included a further £13m of investment and transformation costs incurred for the purpose of generating future EBITDA and £10.6m of remediation and other costs.

The unadjusted EBITDA number also excludes a £13m deferred payment that the group received from last year’s sale of a majority stake in Broker Network to HPS Investment Partners.

The widening loss before tax was mainly driven by £38.5m of finance costs, mainly associated with Ardonagh’s refinancing on its formation, which included an £800m bond issue.

But with all the costs stripped out and the gain on the Broker Network stake sale included, Ardonagh’s adjusted EBITDA increased to £57.6m in the first half of 2017 from £47.5m in last year’s first half.

Ardonagh attributed the underlying profit improvement to the growing revenue, supported by “continued staff savings and the embedding of operating efficiencies”.

While the company is continuing to incur big bills for restructuring and transformation, Ross said the work is progressing more quickly than expected.

He told Insurance Times: “The guidance we are giving our investors is we will probably finish our integration six months ahead of schedule. It will be 90% done by the middle of next year, and so the company will be in vibrant health.”