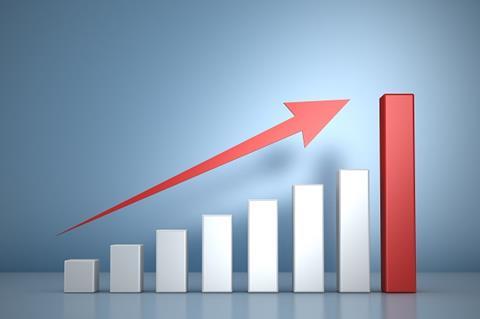 Brit’s 2016 profit has surged tenfold thanks to a recovery in its investment performance.

The improvement came despite a deterioration in underwriting performance. Brit’s combined operating ratio (COR) increased by 4.7 percentage points to 96.4% (2015: 91.7%). The company said big claims added 4.5 points to the COR in 2016.

But he warned that the trading environment remained tough.

He said: “Market conditions remain challenging as competition from new entrants and additional capacity from existing competitors with appetite to grow has put continuing downward pressure on rates across several major classes of business.

“We do not believe these conditions are sustainable over the longer term and certainly call for a cautious approach to growth.”

He said Brit is tackling the situation by retaining quality business and shrinking in areas where there is the most rating pressure.

He added: “We believe that such an approach will enable us to weather the current environment and position us well for the future when the ill-discipline reads through to results and market conditions improve.”

Brit has launched a new Lloyd’s syndicate, 2988, which started underwriting this year and is supported by third-party capital.