Firms have until 4 March to get their entries in, with the judging taking place on 25 March 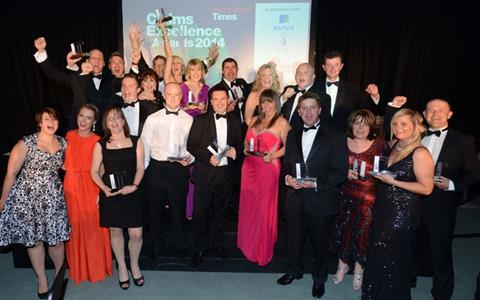 There are only two weeks left to enter the Claims Excellence Awards 2015.

There are 14 awards up for grabs, including two new categories for 2015.

2015 categories at a glance

All categories are open to those from operational and technical areas.

Entries in some categories are also open to services providers, including loss adjusters, law firms or technology vendors.

Firms have until 4 March to get their entries in, with the judging taking place on 25 March.

You can find out more about the Claims Excellence Awards and submit your entry here.