Over 300 insurance professionals came together last night to celebrate the best work in claims at the 2018 Insurance Times Claims Excellence Awards, where experienced MIB chief executive Ashton West was among those given special recognition. 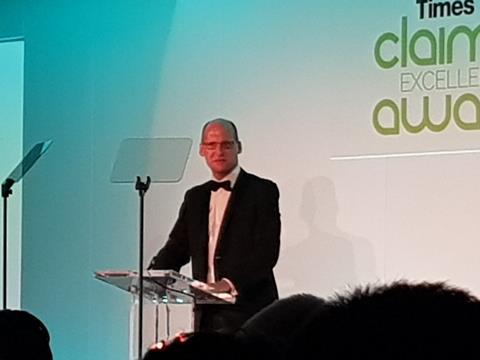 The Royal Garden Hotel in Kensington was the scene for the glitzy ceremony, where 14 awards were handed out, including two for DWF and the lifetime achievement award for West.

West’s career in insurance spans 35 years, having been actively involved in claims and general management during this time. Since 2003 he has been chief executive of the MIB, but recently announced he is to step down.

Presenting the award to West was Donna Scully, managing director at Carpenters, who sponsored the award. She spoke in glowing terms about his impact on the industry. 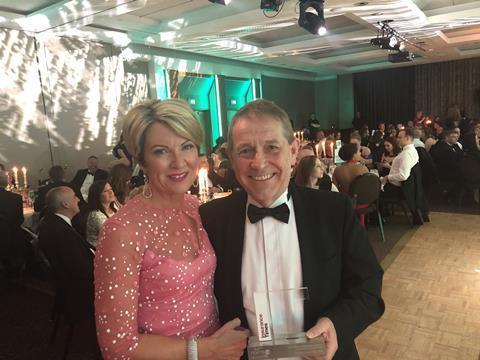 She said: “He has been involved in many industry initiatives over the years. I remember him participating in the working party for the development of the Pre-action Protocols and the Code of Best Practice on Rehabilitation. I can’t believe that was 20 years ago!

“He was a founder member of the Civil Justice Council as well being a member of many other committees and he has always been willing to engage, collaborate and look at making the industry better.

“I have sat around many tables with him over the years and whilst he’s a tough taskmaster, he is a pleasure to deal with and always delivers what he says he will.

“He has received an OBE for services to road safety as well as numerous other industry awards but I do hope he is pleased to receive this very well deserved award.”

Accepting his award West said: “Anything that I’ve done I couldn’t have done without a team of such supportive people.” 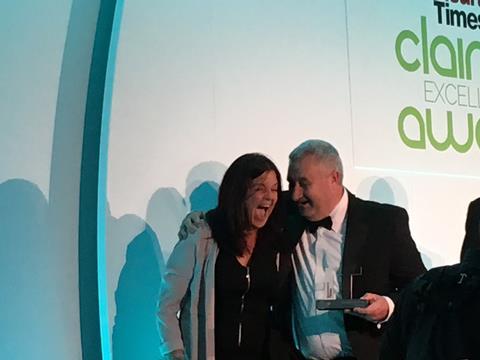 Ecclesiastical were ecstatic with their award win

And later he tweeted: “Delighted to receive this and that it was presented by Donna too…! Thank you so much.”

The full list of winners can be found below:

Claims Product Solution of the Year: Davies Group with Iprosurv

Large and Complex Claim of the Year: AIG

Legal Partner of the Year: DWF

Claims Team of the Year sponsored by Crawford & Company: LifeSearch 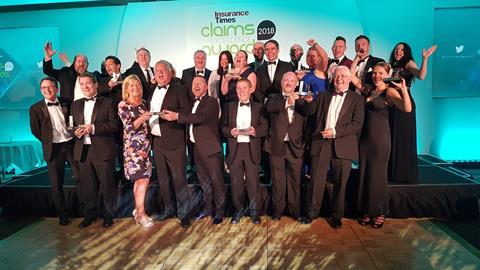 Congratulations to all the winners