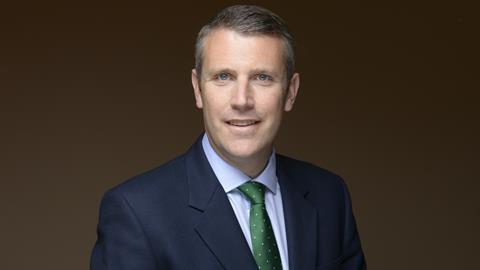 Davies has reported a jump in profit and revenue in the year to 30 June 2017, fuelled by a combination of acquisitions and organic growth.

Saulter told Insurance Times that nine percentage points of the 23% revenue growth was organic, with the remainder coming from acquisitions.

Davies said it won more than 50 accounts in the reporting period from new and existing clients, and has a “strong pipeline” of business across its four core client groups: insurer, Lloyd’s and specialty, MGA and broker, and large corporate.

Saulter said: “In the market context, we are delighted with 9% [organic growth].

“As we look forward to the next two to four years, the aspiration is that we would take the business to a place where we can achieve double-digit growth organically.”

One key area of growth will be its acquisitions of Ambant and Cynergie, both of which have broadened Davies’s scope beyond its traditional core business of claims. The Ambant deal has thrust Davies into the insurance services market, while Cynergie has propelled the firm into complaints handling, compliance and regulatory services.

“But we also identified that we needed to think about diversifying further, which is why we have added a whole new skill-set around Ambant in insurance services, which we think is a market that has fantastic growth opportunities and is highly synergistic with our claims business. So that will support growth for the future.”

He added: “With our investment in Cynergie, again we are bringing in a bunch of new skills around compliance and regulatory and complaints handling, which we see as another growth market over and above our claims business.

We have new legs to the stool which will support our growth in the years to come.

Davies, which has been majority-owned by US private equity house HGGC since January this year, also has firepower for future acquisitions.

In 2018, those three capital facilities will remain open for use, both for acquisitions and further investment in research and development. Saulter said: “I don’t see there being any restrictions in 2018 on what we want to do because of those sources.”

Davies’s expansion to date has been focused on its core market of the UK and Ireland, but this could change soon.

Saulter said: We have had discussions over the last months and years with our existing clients about taking our proposition outside the UK and Ireland and that’s something we’re still working on.

“It is no secret that our new investor is ambitious for us to consider international footprint as one way of growing in the future.”