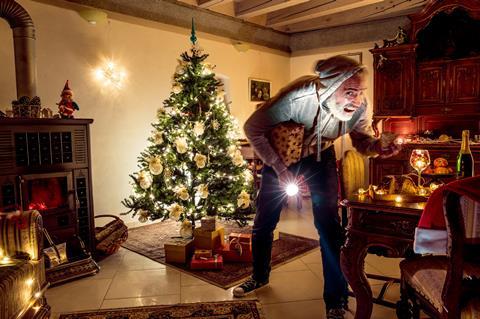 Co-op is trialling smart tech deterrents for burglary victims, as claims data has revealed that homeowners who have been a victim of a burglary are 2.5 times more likely to be targeted again.

Co-op Insurance’s data shows that, on average, previous victims of burglary are likely to be re-targeted 16 months later. The data also shows that break ins are more likely to occur in November and December, compared to Summer months.

Two fifths (38%) of home owners feel nervous at the thought of someone unexpected approaching their door. Over a tenth (13%) would not answer the door if this was the case, while a further tenth (12%) would only answer the door to friends and family.

According to Co-op, more needs to be done to make homeowners feel safe.

Co-op head of home insurance, Caroline Hunter said: “Our claims data shows that people who are victims of home break-ins are more likely to be targeted again. We want to connect communities and provide tools for neighbours to easily keep an eye out for each other helping homeowners feel safer.”

Co-op is piloting smart doorbells for customers who have been burgled, after almost nine tenths (89%) of ex-convicts asked told Co-op that smart-tech would put them off robbing a house.

The doorbells send alerts to electronic devices when a doorbell is pressed or a motion sensor is triggered. Users can then speak to the person at the door using in-built speakers and a microphone.

Hunter continued: “For that reason [ex-convicts finding smart tech off-putting], we’re now starting to provide these smart doorbells as a six month pilot to a proportion of our direct home insurance customers, who have had to claim for burglary.

“In addition to helping people feel safer, the device also allows homeowners to record activity, which, in the event of a break in, could be of use to the police and insurers.”