Footballer fined £5,000 for driving with no insurance or licence 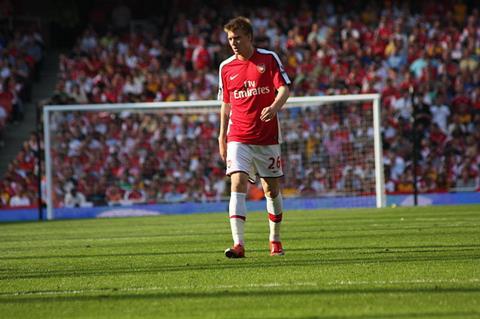 Footballer Nicklas Bendtner has been fined almost £5,000 after being caught driving without a licence and insurance, according to a report in the Daily Mail.

The Arsenal striker, who was on-loan at Sunderland last season, was stopped by police in South Tyneside who discovered he had no insurance and driving licence for his £40,000 Audi.

The 24-year-old Danish international was charged with driving without the correct licence, using a vehicle without insurance and two counts of driving a vehicle with a registration plate not conforming with regulations.

He was found guilty in his absence by magistrates at South Tyneside Magistrates’ Court, and fined £4,750 and had six points added to his licence.

Bendtner allegedly told police when asked why he had no insurance or proper number plates on his Audi Q7, that he had a ‘friend who sorts that out for me’.

The court heard that the striker had no licence after failing to re-apply for it after receiving a previous driving ban for speeding in February.

Newcastle Magistrates’ Court banned Bendtner from driving for 56 days after he was caught driving his Porsche 911 at 103mph.