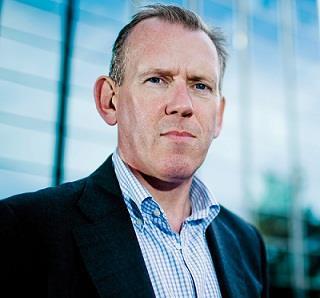 Doctors have reported a sharp rise in patients attempting to make fraudulent claims for car accident injuries, new research by LV= has revealed.

Following hot on the hot on the heels of this morning’s transport select committee calling for higher benchmarks for whiplash compensation payments, the study says that almost two-thirds of GPs (60%) say they have seen an increase over the last two years in the number of patients they believe are feigning and exaggerating injuries in an attempt to make a fraudulent compensation claim.

Nearly nine out of ten (87%) GPs say they have seen someone who was completely making an injury up and almost all GPs interviewed (96%) said they have been visited by someone they thought was exaggerating an injury.

At the same time, more than half of all GPs (53%) have been directly targeted in the past 12 months by claims management firms on the hunt for patient details in exchange for a fee.

One in five GPs say they are contacted at least once a week - costing each GP almost five working days a year.

It is estimated that GPs waste 29,000 hours every month on dealing with claims companies and people making up or exaggerating injuries in order to claim compensation.

LV= managing director John O’Roarke said: “Attempted fraudulent personal injury claims waste time and money. GPs have increasingly large workloads and should not have to deal with fraudsters attempting to make a fast buck at the expense of law abiding motorists. Attempting to make a compensation claim when you do not have an injury is against the law and could lead to a hefty fine or prison sentence.”

The research also shows that half of all Brits (51%) say they have been contacted out of the blue in the past year by personal injury lawyers and claims management companies stating they may be able to make a claim, regardless of whether they had been in an accident or not.

As for those who have been injured in a car accident in the past 12 months, 60% say they have been pestered by a lawyer or claims management company following the incident trying to persuade them to make a claim using their services. This could suggest claims companies are being passed information from third parties ‘in the know’ at the scene of the accident.  LV= is one of a number of insurers that do not sell on customer details in the event of an accident.

The research revealed that many people believe they will get away with making a fraudulent insurance claim, despite the authorities taking a tougher line on financial crime. One in four people who have been in a car accident in the last 12 months admit they attempted to exaggerate or feign injuries in order to claim compensation and a quarter (23%) of these admit making an injury up entirely.

In the past three years, LV= car insurance has seen an increase in the number of whiplash claims where the circumstances were deemed to be suspicious and estimates that 15% of whiplash claims received in 2011 were potentially fraudulent.

Three quarters (74%) of GPs say when faced with patients they suspect are exaggerating injuries they will chose their words carefully to ensure the recipient of the report understands their concerns, 70% will write exactly what they see and 38% would ask for further evidence or tell patients they need a second opinion.