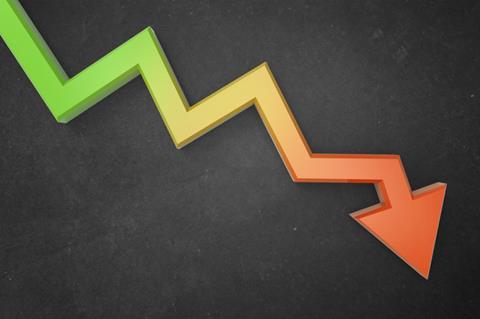 Ageas UK’s profit dropped 68% in the first half of 2017 as the cut in the Ogden discount rate continued to weigh on the insurer’s results.

The combined operating ratio (COR) deteriorated by 5.6 percentage points to 105.7% (H1 2016: 100.1%) because of a combination of Ogden and lower reserve releases from prior years.

Ageas UK had already taken a big Ogden hit in the first quarter. The insurer said at the time that the change would continue to affect its results throughout the 2017 until the rate increases it had implemented to counter Ogden had earned through.

The insurer is expecting a further Ogden hit to profits of between €10m and €15m for the remainder of 2017.

Ageas group chief executive Bart De Smet said: “In the UK we continued to closely monitor the plans to strengthen the business in response to among others the impact of the recent Ogden rate adjustment.”