Including previously excluded risks could spark ‘a torrent of future litigation’

Hiscox Re says loose contract wordings could be a “claims time-bomb”, writes our sister publication GR.

The reinsurer said that the growing trend for including previously excluded areas of cover such as terrorism and cyber risk in poorly worded contracts at no extra charge is “disguising the true cost of risk”.

It added that the practice could also “trigger a torrent of future litigation”.

When claims are made against contracts where risks, such as what constitutes a cyber event, are poorly defined, the outcome could see many cases ending up in expensive litigation, which will only damage the long term sustainability of the reinsurance industry as well as its reputation, Hiscox Re said.

Hiscox Re chief underwriting officer Mike Krefta said: “The pressure on reinsurers competing for limited premium is forcing many to loosen terms and conditions when it comes to previously excluded areas of cover such as terrorism, or emerging risks such as cyber. In many cases coverage has been expanded with no consideration for cost or even relevance to the client’s own requirements.”

He added that cyber risk was a great example of an under-appreciated, ill-defined emerging risk.

He said: “Deciding on what actually constitutes a cyber event post-loss and what it should have cost, will only reward the lawyers while damaging the long term health and reputation of the reinsurance market. It is in everyone’s interests – buyers and sellers – that coverage is fully understood and priced for.

“Of equal importance is the seller’s responsibility to properly aggregate the cyber risk they have, allocate premium accordingly and report on it so as to allow proper risk management. Surprises will hurt both buyers and sellers.

“While it is important that contracts are tightened, the market should also proactively seek solutions to new emerging risks such as cyber. It is an important component of the value we can add for our clients, particularly as it is still unclear whether emerging forms of capital will offer full cyber coverage.” 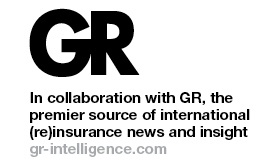