Innovation blog: Brokers can look back to glimpse the future

Innovation in insurance broking is stifled by gridlock at the top of the decision-making tree says Konsileo’s John Warburton. Let’s put the people closest to customers in the driving seat 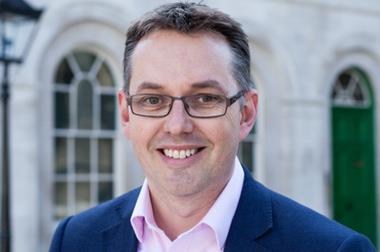 When I first joined an insurer in the early 90s I was amazed by a couple of things about brokers.

The first thing that impressed me was how they understood what their clients wanted as well as having deep technical knowledge. But I was also really struck but how they seemed to feel a sense of self direction.

They were working for the good of their clients and themselves at the same time. Those interests were aligned and they felt really empowered.

But through the late 90s and in the last ten years I’ve seen a lot of that energy and enthusiasm slowly dissipate. Many brokers just seem to have a bit less spring in their step.

A number of changes have given rise to that:

All these things have conspired to make people feel a little more anxious in the future.

The problem is not unique to insurance broking

Many industries have grown and attempted to innovate from a position of using a corporate entity to bring about change. The problem is not unique to insurance broking. Organisations strive to be bigger, faster, more profitable.

They innovate to grow market share and cascade a central strategy through targets and incentives.

The problem with this approach is that hierarchies leave people feeling empty.

In the words of Frederic Laloux, author of Reinventing Organizations: “When all boils down to targets and number, milestones, and deadlines and yet another change programme and cross-functional initiative, some people can’t help but wonder about the meaning of it all and yearn for something more.”

In the broking world, one response against all this has been the rise of Appointment Representatives and networks of small brokers, or brokers becoming employee owned.

Everyone feels their voice is equal

It feels good because everyone feels their voice is equal. The senior executives work to support frontline employees and values are shared throughout the organisation. But the challenge is on building momentum and moving forward. If there is too much focus on having everyone agree, there’s a risk of no decisions being made.

Is there a better model?

I believe there is. An organisation should be a living system that draws on the collective intelligence and experience of its members and uses that wisdom and insight to evolve.

Brokers are at their best when bouncing around ideas and sharing expertise with younger colleagues.

They want to see the people who advise them as mentors, not someone who tells them what to do.

Brokers are professionals who can be trusted to manage themselves. Rather than be driven by targets imposed by a budget imposed by top management to satisfy shareholders, they could write their own objectives and work towards those.

And that includes goals to collaborate with colleagues to deliver the best outcomes for customers.

Sound fluffy? Multiple companies across a variety of sectors have shown that it’s possible to create large, profitable, successful organisations underpinned by small self-organizing teams who consult each other about changes that will affect everybody.

Car part manufacturer FAVI, for example, allows machine operators to lead the decision-making process about whether to buy new equipment.

They can specify the requirements and negotiate with suppliers but must consult with people with expertise and meaningful experience before making a decision. Imagine if a broker did that before signing commission deals with insurers or launching new products for clients.

Many successful organisations have also dispensed with team leaders. The various roles such a ‘leader’ may have had were distributed among team members at a granular level – one might do holiday planning, another looks at financials and another recruitment.

It makes for happier people

It makes for happier people. Self-management means working towards the things you want to and designing your own objectives. It’s about reward and value creating being aligned and seeing the people who advise you as mentors, not as people who tell you what to do.

Insurers will naturally gravitate towards supporting an organisation of highly motivated people who are winning business and growing.

The conversation between broker and insurer in such an instance will shift towards aligning the service proposition for the end customer.

There may be aspirations for GWP placement, but it won’t be a deal behind closed doors, and it will be influenced by people on the front line who believe in it.

It should also be transparent to insurers, feeding back information many quotes they gave and how many they won.

Innovation in insurance broking is stifled by gridlock at the top of the decision-making tree.

I believe we would be amazed by the results if we put the people closest to customers in the driving seat and witness a return to the optimism and ingenuity that graced this industry before the era of consolidation.