Innovation Blog: It's time to rethink who we are

The industry must act now to avoid another Kodak moment, says Parul Green, head of M&A and innovation for AXA UK 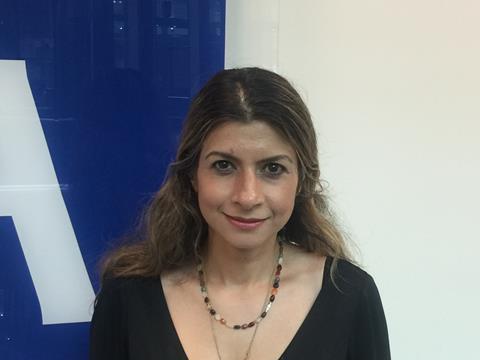 Believe it or not, some in the insurance industry are unconvinced by the need to change in the face of disruptive new technology. They believe that a three century old industry will weather the storm, largely unchanged, as it has done in the past.

There is a flurry of activity at many insurers, with multiple innovation initiatives in response. The problem is not an inability to take action but an inability to take appropriate action. Donald Sull of MIT Sloan calls it the ’active inertia’, or an organisation’s tendency to follow established patterns of behaviour — even in response to dramatic environmental shifts. Stuck in the modes of thinking and working that brought success in the past, some have simply accelerated all their tried-and-tested activities, without recognising the need to transform.

One of the most well recognised victims of active inertia was former photography giant Kodak. In 1976, Kodak was the undisputed leader in its sector. More than 90% of film and 85% of cameras sold in the US alone were manufactured by the firm. In 1975, less than twelve months earlier, Kodak engineer Steven Sasson invented an early digital camera prototype. Like others before them, the managers at Kodak failed to successfully commercialise it.

Film was Kodak’s golden goose, what would be the sense in slaughtering it? Later, in 1990, having grasped the potential of digital, Kodak poured billions into the technology.

However, the company still clung tightly to it’s past, refusing to change its primary focus from analogue film stock. Kodak’s bankruptcy filing in 2012 brought to head the company’s 30-year slide from innovation giant to aging behemoth crippled by its own legacy.

Film was Kodak’s golden goose, what would be the sense in slaughtering it?

The lesson: when new technologies change the world, some companies are caught off-guard. Others see change coming and are able to adapt in time. Then there are companies like Kodak — which saw the future and simply couldn’t figure out what to do.

Traditionally, it has been the insurance industry’s job to pool and share risk and pay claims. However the nature of risk, intermediation and asset ownership is evolving. We are moving from owning houses, cars, offices and other assets to sharing them. The gig economy is changing the nature of employment and autonomous mobility is taking away human input and replacing it with artificial intelligence. The lives of our customers are changing profoundly as are their insurance needs.

Meanwhile, smart devices record up to second data on everything from property to personal health. The information is pervasive and there are reams of data in the hands of a wider range of entities than ever before. It is no longer a commercial advantage exclusive to insurance companies.

We are in danger of becoming irrelevant and to survive the industry needs to play a new role in the lives of its customers. At AXA, we are moving from the traditional role of simply paying claims to the new position of becoming a partner in helping our customer lead a better life.

So far, we have joined forces with Trov, which has allowed us to provide the UK’s first app-based on-demand insurance for individual items. Cover can be switched on or off at anytime can be bought for just a few pounds.

Each of these initiatives fit neatly into our plan for the future, which is centred on becoming a partner to our customer in helping them lead a better life.

We are also working with BioBeats – an adaptive media technology company, to help businesses manage workplace stress by using wearables to collect and monitor heart rates, sleep, brain function and activity data and translate it into tips for improving the wellbeing of their staff, helping companies reduce days lost to illness.

Each of these initiatives fit neatly into our plan for the future, which is centred on becoming a partner to our customer in helping them lead a better life.

It is a different way of looking at managing risks, but the current industry model is more than 300 years old. The world is changing and insurance companies need to do the same. It’s time to rethink who we are.

Parul Green is speaking at the Insurance Times’ Innovation and Disruption 2017 today.