Innovation Blog: Split the industry in two, one side for innovation one side to keep the status-quo

Robin Merttens, an independent consultant and analyst in the London insurance market, takes a provocative look at solving the insurance industry’s innovation inertia 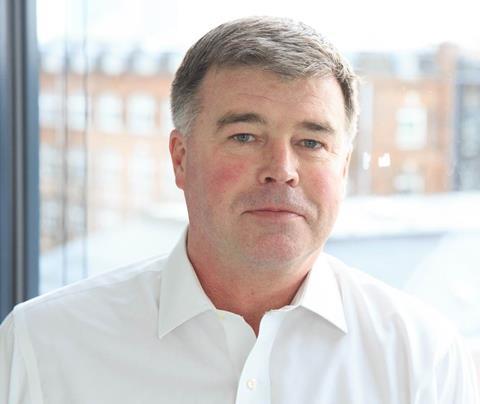 Fifteen years into the digital age it is astonishing how little insurance has evolved.

This is amazing when you consider that insurance involves only data and money – the things that the internet is best at.

The reason insurance has been slow to change has little to do with its complexity or a lack of a burning platform as is usually alleged, but everything to do with the fact that the industry continues to be run by the ‘analogue’ generation who want to see out their careers working in a way they understand in which their skills remain relevant.

It is now widely accepted that disruption in insurance is inevitable, but ‘analogues’ hope that it doesn’t come on their watch.

This dynamic is doing serious damage both to the relationship that the insurance industry has with its customers and with the UK’s ability to compete in an international context.

Some of the big composite insurers have a culture of R&D and have created incubators to try out new ideas and foster innovation, but it’s hardly systemic and it doesn’t give the millennials, who feel there is a real chance of long-term damage to the industry and therefore to their prospects in it, a real voice.

I have a more radical suggestion for tackling the issue to the benefit of all.

Each insurer (or broker for that matter) should divide its business into two parts – one to be run by and service the needs of the ’analogues’, the other run by millennials and designed to meet the needs of the digital generation.

Each employee could choose which company they wanted to work for.

Customers too would get to pick – there are still plenty of customers of a certain age who won’t or can’t download apps or complete online forms.

All the money currently in propping up and incrementally improving your last-millennium legacy platform could be diverted towards designing and building a new end-to-end digital company.

This would not be a digital replica of what we do today, but a version that leverages all the extraordinary things that can be done by companies like Google and Amazon in terms of understanding customers, which prices risk on a highly technical basis, taking full account of historical data, the Internet of Things and mobile so as to give each customer a product and service that meets their specific needs and is priced based on their usage and behavioural profile.

There would be no need to invest in Analogue Co. That needs to remain the same – that’s just the point. The services it provides would be more expensive than those of Digital Co, but while there remain customers willing to pay the incremental price it will remain relevant.

Ideally, its customers and employees would decline in line with each other, but eventually the fixed costs base would be impossible to maintain and the inevitable would occur.

By then you will have squeezed another 15 years out of an anachronistic model and you’d get the kids off your back.

This may be a tongue-in-cheek suggestion, but it’s not without merit. It is what Achmea in the Netherlands did with InShared and it has worked well.

InShared now serves around 150,000 policyholders with about 35 employees in a digital insurer with no human touch points other than a couple of people in a call centre.

Innovation starts at the top. You can’t change a company if the leadership doesn’t want to change.

If you won’t change your company, expect an increasing proportion of both your young customers and employees to vote with their feet.

Alternatively, accept that millennials hold the key to a digital future and give them the ability to influence and design the shape of your company.

As the late David Bowie said: “The future belongs to those who can hear it coming.” That is just as true for insurance as it is for music.