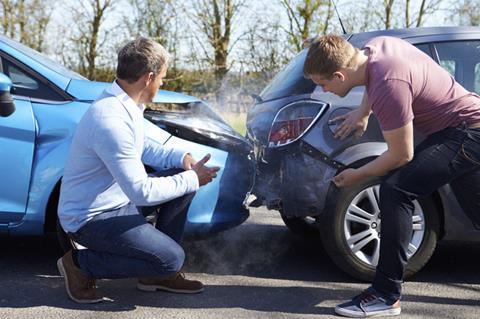 Consumer group Which? has criticised four insurers for increasing motor rates in response to customers reporting not-at-fault claims, where another insurer pays for the damage.

But the insurers have hit back, arguing that rate hikes are justified because the claims have a bearing on the risk.

An investigation by Which? into 12 insurers found that four of the 12 - RSA direct brand More Than, Esure, AXA and Admiral - increased rates if a customer disclosed that they had made a not-at-fault claim, where the claims are covered by the other driver’s insurer.

The study also found that Esure, More Than and Ageas-owned broker Rias put up rates by 39%, 33% and 29% respectively when the customer declared they had not caused the accident, but their insurer at the time had ended up paying.

It also found that two insurers – Admiral and Esure – put up rates after learning about an incident that the policyholder hadn’t claimed for. Which? said Esure had applied a 15% rate increase when the customer declared a scratch they had not claimed for.

But insurers argue that rates should go up in these cases because the claims, whether at-fault or not, indicate a higher risk.

An Esure spokeswoman said: “Statistics show that drivers who are involved in non-fault incidents are more likely to make a fault claim, therefore premiums uplift reflecting the increased risk.”

A More Than spokeswoman said: “Our underwriting experience tells us that a driver involved in an accident – whether it is their fault or not – has a greater propensity for another accident within the next twelve months.”

“We are constantly reviewing our rating questions to more accurately reflect the risk that every customer represents and price this accordingly.”

She added: “Our general approach is that a previous non fault claim will increase the premium by a far smaller proportion than a fault claim. Our review of our current rates in force, following this enquiry, indicates that this is the case which it is contrary to Which’s findings. ”

An AXA spokesman said: “All premiums are calculated based on the risk presented and our experience and data shows a clear correlation between a customer experiencing an accident (whether fault or non fault) and the likelihood that they will have another claim in the future. As such, we price the product to reflect the new level of risk.”

A Rias spokesman said: “Any premium changes which may be applied to individual policies following a claim are based on our extensive claims experience. Premiums are continually reviewed in order to reflect the specific risk presented.”

For its study, Which? collected the prices directly from insurers’ websites using details of a real driver: a married woman in her mid-forties, with low annual mileage, five years’ no-claims discount and a clean driving history.