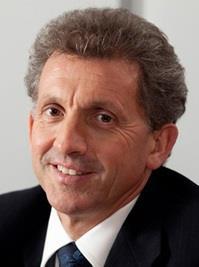 Legal & General chief executive Nigel Wilson says insurers have a role to play in bankrolling the regeneration of the UK’s infrastructure.

“We’re a natural long-term provider of financing,” he told the Telegraph on Sunday. “We have 10 to 40-year liabilities and that creates great stability and certainty of financing.

“That’s a very high-friction, high-risk model, as we’ve found out … Banks will provide much shorter-term lending, while ourselves, pension funds and other insurance companies provide much longer-term financing.”

Wilson confirmed that L&G hopes to put as much as £15bn into infrastructure projects.

“In the next 10 years, it will be the insurers and pension funds that will be funding UK infrastructure investments, rather than the banks,” he said.