‘When I walked into Novae, it was a troubled, miserable place. One way of beating that was with humour’

“People laughed at me,” says Matthew Fosh when he recalls taking the top job at Lloyd’s insurer Novae back in November 2002. “They said: ‘This capital markets guy hasn’t a clue what he’s letting himself in for.’”

Fosh had chosen to join at a time when mention of the company’s name, then SVB Syndicates, would elicit a derisory snort from Lloyd’s contemporaries. SVB had got itself into hot water writing US liability reinsurance in the late 1990s – a course of action that resulted in heavy losses and repeated reserve strengthening for many companies and even failure for an unfortunate few. “SVB was written off by many people,” Fosh says.

Not only had Fosh taken on a challenge in tackling US liability business that had bettered some seasoned insurance professionals, he did so with no prior insurance knowledge. His background is derivatives trading: he joined Novae from inter-dealer broker ICAP, which had bought Fosh’s own trading firm – Seagray Fosh Futures – in 2000. Little wonder that his peers did not fancy his chances.

They might be laughing on the other sides of their faces now. Under Fosh, Novae has not only survived, it has completely transformed itself. The series of changes – which were completed in 2010 with the closing of Novae’s two run-off syndicates and the folding of its separate UK legal entity into its Lloyd’s syndicate – has put the company’s past almost completely behind it and provided a source for future growth. It is also now profitable. For the full 2010 year, Novae made a profit before tax of £35.1m, compared with only £4.2m in 2009.

Morale was low when Fosh arrived, and he had to tackle it fast. He did this with humour. On the back of Fosh’s office door hangs a plaque that reads: ‘The floggings will continue until morale improves’, which he says “sums up my management style to a tee”. “My Dad gave me that,” he says of the plaque. “When I walked in here, this was a troubled, miserable, grey and unhappy place. One way of beating that was humour.”

But Fosh hasn’t lost sight of the fact that there is a serious job to be done. On top of a filing cabinet is another plaque with a more traditional message: ‘Good manners is good business’. 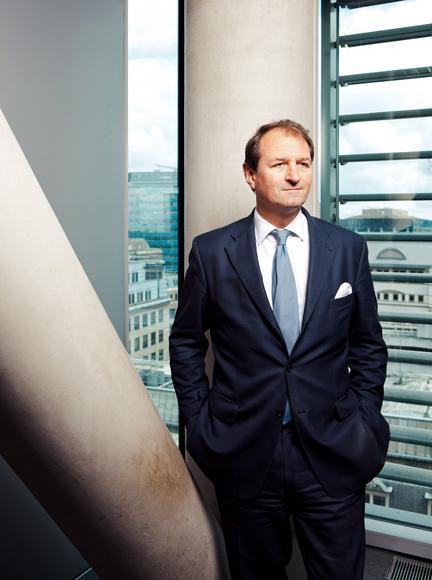 While results so far seem to show Fosh has struck the right balance with his management style, there is clearly still much to be done. Despite putting Novae on an even keel and returning a £32.9m of capital to shareholders following the closure of the non-Lloyd’s unit, the company’s stock market valuation still lags behind its book value. Novae’s share price at the time of going to press was 372p, against 2010 year-end net tangible assets per share of 449.7p. As well as being disappointing for shareholders, the low valuation stunts Novae’s expansion options and marks out the company itself as a takeover target. Following the sale of close rival and one-time merger prospect Chaucer to US insurance group Hanover, Novae has become analysts’ favourite to be taken over next.

And although the greater push into property reinsurance is providing diversification and growth, it also brings its own problems, as the company’s estimated $60m-$80m (£36.4m-£48.5m) catastrophe losses to date underscore.

The journey to the more comfortable position Novae now occupies has not been smooth. Having stopped the deterioration of the casualty business in 2006, which Fosh describes as the “black hole problem”, the company decided to start growing in a bid to improve its reputation. But despite management’s insistence that the problem was under control, shareholders would only sanction a capital raising away from the latent books of run-off liability business and thus outside the existing Lloyd’s operation.

Novae Insurance Company Ltd (NICL) was born and, according to Fosh, required at least £100m of capital to secure it an A rating. However, the UK SME liability business that was to become the new company’s staple diet was soft and has remained so since, prompting Novae’s then chief underwriting officer, Peter Matson, to turn his nose up at the business – a decision Fosh still praises Matson for today.

While Matson’s decision likely saved Novae a further beating at the hands of underpriced liability insurance, it also meant that NICL had plenty of capital but little to do with it. This proved a drag on Novae’s return on equity, in turn hitting its stock market valuation. “We had exchanged a black hole problem for a surplus capital problem,” Fosh says. “A third of our capital simply wasn’t being deployed at all, so it was no surprise we had a return on revenue one-third less than our peers.”

And so the tough decision was taken to abandon the UK insurance division, combine its business with the syndicate and free up the capital tied up in the business.

The missing ingredient that will put Novae alongside the likes of Hiscox and Amlin, whose shares trade at an – admittedly modest – premium to net tangible asset value, argues Fosh, is consistent results. “We have to demonstrate the ability to deliver a combined ratio consistently in the low 90s year on year,” he says. “I have every confidence we will do that. The reason we haven’t done it to date has not been anything to do with the classes we have had. It has been to do with the classes we haven’t had.” 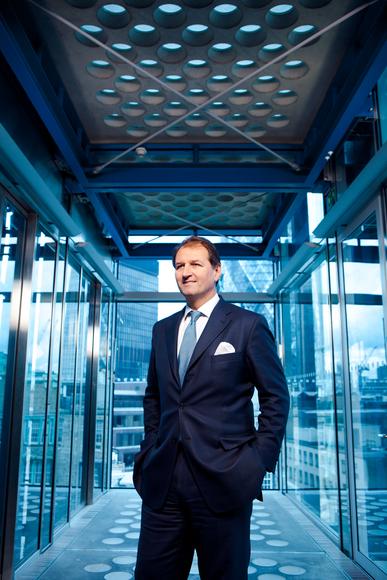 What Novae was lacking was property-catastrophe reinsurance business. In response, the company set up Novae Re, a Swiss-based operation, in 2009. The company is managed with a group of senior continental European underwriters under former Endurance executive Gunther Saacke.

Fosh admits that, while it has hit its GWP targets, the new reinsurance division has yet to turn a profit. And it could struggle to do so this year as a result of catastrophe losses. While it could be argued Novae Re chose a bad time to set up, Fosh says: “These businesses take a year or two to properly bed down and to build up to critical mass. If we had had a stonking hard market in January 2010, we’d have missed it.”

While Novae clearly still has a lot to prove, and it remains a takeover target, it is certainly no laughing stock now.