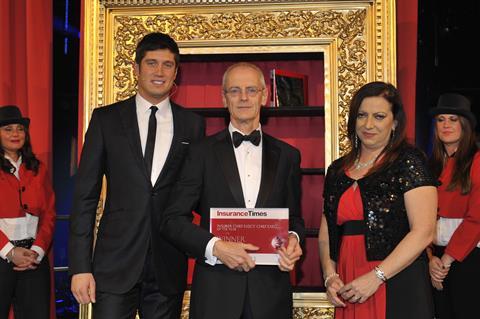 Insurer Chief Execs’ Chief Exec - Keith Morris, Sabre
‘Sabre has consistently outperformed the motor market, making a profit when everyone else was mired in loss’

Broker Chief Execs’ Chief Exec - Rob Brown, Aon
‘Rob has won the recognition of his peers by keeping the UK’s biggest broker at the forefront of financial performance and innovation’

Training Initiative of the Year - Bluefin
‘The judges said Bluefin had got everything right when developing an ambitious new training system from scratch. “They’ve thought of everything,” said one judge’

To see the full list of winners, including messages, photos and video, go to www.insurancetimes.co.uk/2011-awards-winners