IT Spotlights: Common standards in personal lines - Q&A and Debate

Richard Crocker reveals his views on common standards, and Mike Brockman and Sandy Dunn debate the pros and cons of telematics standardisation 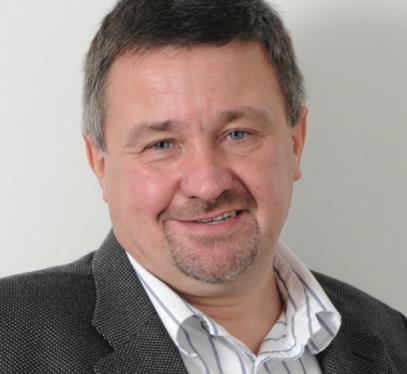 Q: Opinions on common standards for telematics vary widely. Is this a complicated issue?
A: The telematics debate stems from the question of whether the industry needs standards. SSP is in the middle ground on this, although it has supported Polaris and common standards from the beginning. Once the market has properly developed, customers will demand the freedom to move from one firm to another. When black boxes become more common, people may want to move from insurer to insurer - and they will want to take their data with them.

Q: So, should anything be standardised at the moment?
A: ‘Pre-standards’ are necessary. The debate around this issue is high profile, but the market is still immature. Core standards should be welcomed and they will further develop over time. In the early days, core standards are necessary in respect of commonality, but they should not be relied on too heavily.

Q: What are the prospects for developing more rigorous common standards for price comparison websites?
A: This has always been an interesting question. By their very nature, these sites have to innovate to find new ways of attracting customers. The market is very tactical. Data mapping should be standard, such as a standard occupation list. However, I don’t think that a standard questions set is the way forward, not when constant innovation is needed in order to attract people to a site.

Q: So, it will not happen then?
A: It is unlikely. Aggregators will ask good questions in a very different way to each other; they will adapt them to win a competitive advantage over their rivals. As far as aggregators are concerned, the volume raised significantly in a short time, and it has therefore been a steep learning curve for the industry.

“The proposal of common standards in telematics is greatly ill thought through.

“Has anyone worked out what these standards are? How can something be brought in by the end of the year without knowing what they are? And who is Polaris [to judge]?

“Merely applying these standards to fixed boxes - not, for instance, smartphones that are used in a similar way - also doesn’t make sense. I don’t know what the standards are - and I should, given our position in the market - and no one else does either.

“How can you apply common standards when so much of the market won’t be using them? Insurethebox has about 70% of the fixed box market, and is certainly the market leader by a factor of two or three, and we’re not going to sign up to this.

“I’m doing a live debate on this at an industry conference this month, where I’ll be very much taking the ‘no’ position.”

“This debate is fairly old, in the sense that it is academic: Polaris, the ABI and others are already developing these standards.

“In fairness to Mike Brockman (see above), he has never changed his opinion on this issue - and I really respect his opinion - but the horse has already bolted.

“Keeping the customer in mind, adopting these common standards is vital. Should the standards not be adopted on a voluntary basis, EU legislation will certainly make them compulsory. There is nothing left to debate.

“Ultimately, the industry will have to pass data on to the customer, which will mean that standards will have to be synchronised between telematics companies. Those that don’t synchronise with the rest will find themselves left behind, although I’m sure they will eventually come and join the party.”