IT Spotlights Reinsurance: Market has lost its way

Despite pressures for rate increases, market opinion is split, with some predicting a rise and others disagreeing 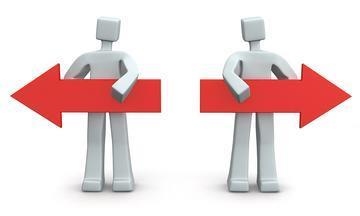 “The market is adrift – directionless. There is very little indication and virtually no conviction of the market’s next move. That’s a tough environment in which to do business.”

This was how reinsurance broker Guy Carpenter’s new chief executive Alex Moczarski described the state of the global reinsurance market at the annual Rendez-Vous de Septembre in Monte Carlo.

Rendez-Vous is an excellent barometer of the state of the reinsurance market – and the direction prices are likely to go at the all-important 1 January renewals.

Moczarski blamed “rampant” uncertainty for the directionless market. “In my 30 years in the business, I have rarely seen a market so riddled with it,” he said.

The problem is that the market is being pulled in different directions. Some are putting insured losses from the 2011 catastrophes as high as $70bn (£44.6bn). This exceeds full-year loss totals for almost every year on record, apart from 2005 when Hurricanes Katrina, Rita and Wilma hit.

But the losses have been outside what many reinsurers refer to as ‘peak zones’, where catastrophes losses are expected and pricing reflects that high risk. March’s Japanese earthquake, for example, did not hit Tokyo, while other big losses were in Australia and New Zealand, also outside peak zones.

Hurricane Irene, which hit the Caribbean and USA shortly before the Rendez-Vous, was in a peak zone, but losses were relatively small – estimates range from $3bn to $6bn. As a result, rate rises have been localised. The industry is still considered overcapitalised.

There is also evidence that new capital will be easy to obtain. Rumours suggest that there is around $1bn of private equity capital available, and John Berger, former Alterra reinsurance chief executive, has joined start-up firm Third Point Re, which is said to have $500m in capital.

Equally, however, there are pressures for a rate rise. Underwriting profitability has been propped up in recent years by reserve releases. But they are drying up. “In recent quarters and over the last two to three years, we had lots of positive run-off and this will turn into negative run-off,” says Swiss Re chief economist Thomas Hess. “From that there will be upwards pressure on insurance and reinsurance pricing – or at least no downwards pressure any more.”

The sovereign debt crisis is a further potential pressure on the asset side of reinsurers’ balance sheets. With the bulk of reinsurers’ investment portfolios in government bonds, defaults and a fall in the value of a sovereign’s bonds could lead to unrealised investment losses.

Confusion about the state of the market reigns. Reinsurers indicate that rates should rise across the board, while brokers, acting for the buyers, say otherwise.

XL Re chief executive Jamie Veghte expects rates to rise. “Particularly in a geography like Europe, which requires a lot of the market’s capacity to complete its programmes, the market is going to resist any push towards price reductions. I think there will be increases in property catastrophe prices world­wide.”

But Guy Carpenter chief executive of EMEA operations Nick Frankland says: “Weighing the factors that we expect to influence pricing movements in the remainder of the year, we expect prices

- While there has been some movement in property catastrophe rates in affected areas, casualty rates remain stubborn. What will it take to budge them?

- The reinsurance industry has taken everything 2011 has thrown at it so far, despite lower investment returns. Do rates really need to harden across the board, or are reinsurers being opportunistic?

- Although there is reportedly $1bn of new capital available, will investors put the effort into forming new companies when they can get in (and out) of the industry more easily with more flexible structures such as sidecars?