Liverpool has retained its titile as the whiplash capital of the UK after it emerged that its drivers are prone to making claims for personal injury.

Oldham, Manchester, Bolton, Wigan and Blackburn are next in line as the most likely places where people will make a personal injury claim.

The Institute and Faculty of Actuaries crunched claims data from across the country to show the ratio of third party injury claims as opposed to a third party property damage (TPPD) claim (see table below).

The report also revealed that: 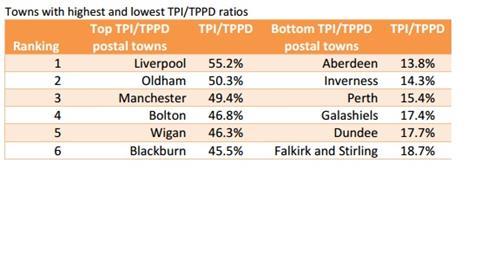