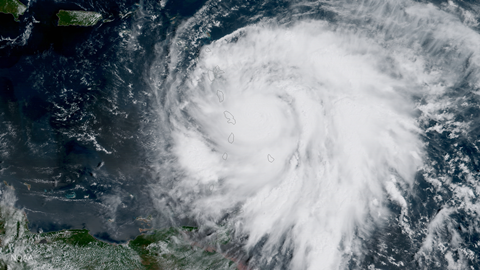 Lloyd’s to take big hurricane hit for Harvey and Irma

Lloyd’s expects to pay out $4.5bn (£3.4bn) in claims from hurricanes Harvey and Irma, which battered the US and Caribbean in late August and early September.

The market announced the hurricabe hit in its first half 2017 results this morning. The first half results were not affected by the recent spate of catastrophes, which hit after the reporting period.

The preliminary estimate for Harvey and Irma claims is after reinsurance. Lloyd’s warned that it is too early for a reliable estimate of the financial impact of Harvey and Irma.

Lloyd’s added that it had not yet attempted to estimate the impact of Hurricane Maria, which hit the Caribbean towards the end of September. It said: “There is a high degree of uncertainty of the value of insured losses and at this stage we have not yet quantified the financial impact to the Lloyd’s market.”

Lloyd’s reported a 17% drop in first-half profits this morning, despite an improved underwriting result.