Ratings cut to A2 from A1 after $3.6bn reserve strengthening 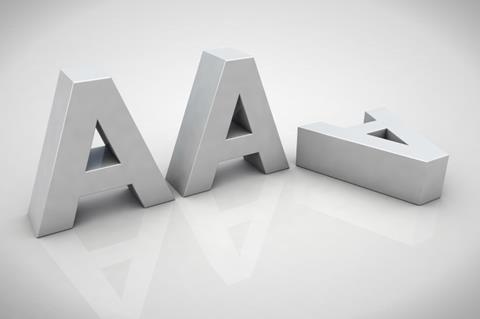 Moody’s has downgraded the financial strength ratings of AIG’s US and Canada non-life units to A2 from A1.

Moody’s said it had downgraded the divisions because of weak underwriting results and the “persistent” need to strengthen reserves because of worse than expected losses from casualty lines.

As part of its restructuring unveiled yesterday, AIG announced that it had to pump $3.6bn into reserves for US and Canada casualty business in the fourth quarter of 2015.

Moody’s said this latest reserve strengthening was a continuation of a history of reserving problems, which cost the company $7bn in 2009 to 2010.

In addition to the downgrades Moody’s has put the Baa1 financial strength rating of United Guaranty Company on review for a downgrade. AIG announced plans to spin off the mortgage insurer yesterday as part of its restructuring.

It has also put the A2 financial strength rating of AIG’s Chinese non-life unit on review for a downgrade because this rating is supported by the ratings of AIG’s other non-life units.