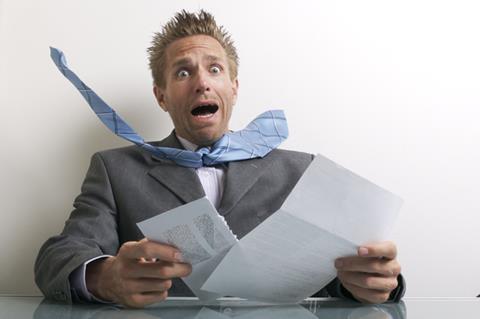 Average car insurance bills have increased by 15.7% in the past year – more than five times inflation - with nearly half the rise happening in the three months to May.

Action by regulators to cut the discount or Ogden rate governing payouts in major personal injury claims to minus 0.75% from 2.5% effective from 20 March is driving the rise in bills, Consumer Intelligence said. June’s Insurance Premium Tax rise will further add to the pressure.

The data comes just after the government pledged in the Queen’s Speech to lower motor premiums through tackling the growth in whiplash claims with a new Civil Liability bill.

Average motor insurance premiums have increased by 34.6% since October 2013, according to Consumer Intelligence, whose data is used by the Government’s Office for National Statistics to calculate official inflation statistics.

Drivers aged between 21 and 24 pay the highest prices at £1,202 but have seen slightly lower annual premium increases at 13.1%. Over-50s motorists are experiencing the biggest rises at 17.9% but pay premiums of £418.

Motorists in London pay the highest average premiums of £1,000 across the country – more than double the £474 bill in Scotland and the South West - and are seeing average increases of 16.7% as claim costs grow.

John Blevins, Consumer Intelligence pricing expert said: “Price rises had been levelling off at the end of last year but are now rising rapidly as the full impact of the discount rate cut comes into effect.

“Government plans to review the Ogden rate have so far taken a backseat following the Election although there is some relief from plans to push ahead with whiplash reforms announced in the Queen’s Speech.

There is some relief for younger drivers – premiums for 21 to 24-year-olds are rising slightly more slowly due to increasing use of telematics or black box technology. Around 62% of the best buy policies for young drivers are now telematics.

The impact of telematics, which rewards good driving behaviour, is even spreading to older drivers – 11% of the best deals for those aged 25-49 are from telematics and 8% for over-50s.