The ABI has this month revealed its code of practice for insurers responding to civil claims for child sexual abuse.

The code addresses issues identified by the Independent Inquiry into Child Sexual Abuse (IICSA), in its Accountability and Reparations Investigation Report, which was published on 19 September 2019.

In this report, two recommendations were made concerning the ABI. The first recommendation called on the Local Government Association and the ABI to produce codes of practice for responding to civil claims of child sexual abuse.

In a statement published online, the ABI said: ”The ABI and its members are grateful for the opportunity to engage with and work with the Inquiry to ensure that, to the extent that they are involved in the provision of redress to victims and survivors of child sexual abuse, there is a fair, just and clear process for all.” 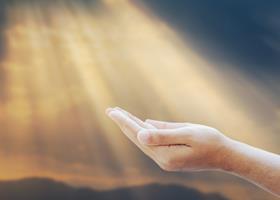 The new code is effective for new and ongoing child sexual abuse claims from the 17 August 2021, which was the publication date for this code.

The code applies to ABI member firms that provide, or have previously provided, insurance which covers civil claims for child sexual abuse. It will be reviewed where appropriate, updated periodically and may be withdrawn if the ABI considers it appropriate to do so.

The ABI initially sent a letter to the Inquiry on 18 March 2020, followed a further letter dated 22 February 2021, providing it with an update on the ABI’s work to progress the proposed recommendations.

The ABI’s code was designed by a working group of insurer representatives with expertise in handling child sexual abuse cases.

The code includes guidance on all four areas contained in the Inquiry’s recommendation. The four areas suggested by the IICSA are that:

The ABI’s code ensures that insurers will:

• Recognise that pursuing a civil child sexual abuse claim can be intimidating and distressing for victims and survivors, so insurers should handle such claims appropriately and with sensitivity.

• Not seek to defend child sexual abuse claims on the basis of limitation or consent other than in exceptional circumstances.

• Seek to resolve the claim without the need for the claimant to undergo assessments by multiple medical experts.

• Never prevent or discourage policyholders from apologising to a claimant and will never require a claimant to agree to confidentiality terms as a condition of settlement of a child sexual abuse claim.

The second recommendation from the IICSA’s report suggested that the Department for Work and Pensions should work with the ABI to introduce a national register of public liability insurance policies.

This register should provide details of the relevant organisations, the name of the insurer, all relevant contact details, the period of cover and the insurance limits - these requirements should apply to policies issued and renewed after the commencement of the register and for those against which a claim has already been made.

The IICSA also said that the FCA should make the necessary regulatory changes to encourage insurers that provide public liability insurance to retain and publish details of all current policies.