Swinton now has 20 branches remaining, as Ardonagh looks to reduce costs in the newly acquired business

Ardonagh has closed 24 Swinton offices since completing its acquisition of Swinton at the start of this year.

In its Q1 results announcement, Ardonagh revealed it invested £6m into closing the branches, but that its Swinton cost reduction programme had already reduced the cost per policy by 21% compared with the prior year.

This was driven by the branch closures, along with other factors including an organisational redesign, a reduction in marketing and property costs, and benefiting from integration synergies.

As of the end of March it said there were still 20 Swinton branches operational.

An Ardonagh spokesperson said: “These changes are part of our long-term plan to transform Swinton into the UK’s number one digital insurance broker.

“Only 2% of Swinton’s business comes through our branch network, and it is right that our efforts should be focused on improving our online products for the vast majority of Swinton customers who prefer to buy online and talk to someone online or over the phone if they have any questions.”

On announcing the £165m deal to acquire Swinton in September last year, Ardonagh chief executive David Ross said Swinton would become “unrecognisable” from the business it was.

Ardonagh said its management of the process had delivered a reduction in the number of customer complaints and improved customer retentions on renewals by 1.5% compared with the previous process.

Adjusted EBITDA increased by 46.2% to £39.2m, which Ardonagh said was due to acquisitions and the delivery of cost savings.

It revealed the roll out of Acturis in its advisory branches completed in Q1 and that 28 branches are now running renewals and new business 100% on the new system.

The insurance broking division saw organic growth of 2.9%, with retention rates at over 90%, and new business growing by over 15%.

Ross said: “We continue to reap the benefits of the investments we have made into building a multi-channel diversified platform.

“As we approach the mid-way point of 2019 we are tremendously excited about the opportunities that lie ahead with the full support of our shareholders, who this week reaffirmed their commitment with a £92m investment to increase their holdings in the group.”

Briefing: Why Ardonagh has turned a big corner with latest deal 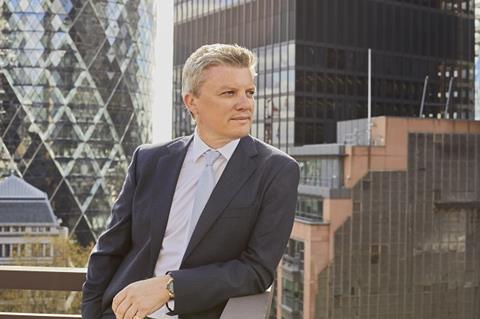