It was purchased from its former parent company, Saga, on 7 August this year.

Bennetts will now be part of Ardonagh’s subsidiary, Atlanta Investment Holdings C Limited; the acquisition will not cause affect the 200,000 riders that Bennetts currently manages policies for across the UK .

The UK Competition and Markets Authority (CMA) launched an investigation on 21 July into Ardonagh’s acquisition of Bennetts as part of the purchase process.

Vince Chaney, managing director of Bennetts Motorcycling Services, said: “The momentum and mission at Bennetts remains unchanged with the sale from Saga to Ardonagh.

”These are very exciting times for Bennetts - not only are we celebrating 90 years of history in 2020, but the present and future will see us continue to make sure that riders can get more from motorcycling.”

The CMA has imposed an Initial Enforcement Order (IEO), also known as a hold separate order – this is applied to all completed deals and requires the parties to hold the businesses separate.

This order is effective on 7 August 2020 and its purpose is to ensure that both Ardonagh and Bennetts are held separately during the CMA’s merger investigation, so that the competitive structure of the organisations is maintained.

Both Ardonagh and Bennetts are, therefore, forbidden from sharing information except where “strictly necessary” in the course of business. This includes where they are integrating or conducting any joint negotiations, such as those on behalf of another party, as well as talks with potential or existing suppliers and customers until the CMA has completed its investigation and the IEO ceases to apply.

On 2 July, the CMA invited comments on the transaction from interested parties, but this has now closed.

The CMA stated that it is “considering whether it is or may be the case that this transaction, if carried into effect, will result in the creation of a relevant merger situation under the merger provisions of the Enterprise Act 2002 and, if so, whether the creation of that situation may be expected to result in a substantial lessening of competition within any market or markets in the United Kingdom for goods or services”.

Any further notification will be made once the CMA has completed its review; until then customers are urged to liaise with their usual contacts at Ardonagh or Bennetts.

Over the past two years, Bennetts has introduced travel insurance and classic insurance products to sit alongside its five-star Defaqto-rated motorcycle insurance product - this allows 17 set modifications as standard.

And, as part of its pledge for riders to ”get more from motorcycling”, it also relaunched its ’Bennetts Rewards’ proposition at the beginning of 2020. 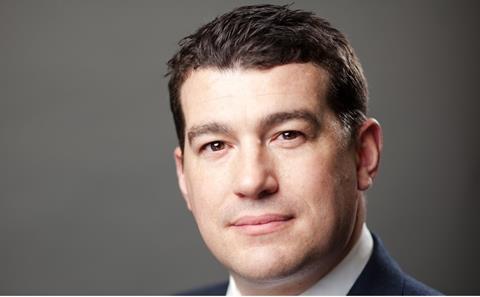