Independent commercial insurance expert Mactavish is calling on the government to introduce coronavirus-related emergency measures in order to better protect insurers, as well as organisations buying cover, as “the overall impact of coronavirus on the insurance sector could be more devastating than 9/11”.

In particular, Mactavish is urging the government, insurers, brokers and trade bodies to discuss:

According to Mactavish, the medium to long-term impacts of coronavirus could be significant for insurers – not because of related claims, but because of the effect of losses to insurers’ investment businesses.

The firm believes this could have the knock-on effect of dramatically increasing premiums, insurers having to pull out of sectors or classes of business, as well as an increase in rejected claims and a slowing down of settlement payments.

This could “worsen an already severe expected recession” Mactavish said.

Alongside the impact on insurers, Mactavish also stresses the problems that businesses are facing in light of the coronavirus crisis – it predicts that the value of insurance claims as a result of Covid-19 will actually be much smaller than anticipated because the disease falls outside of the realms of standard business interruption insurance.

It said: “To be insured against the virus, organisations would have had to opt in for ‘contagious disease’ extensions on their policies, which very few do.

“Even if they did do this, almost all such extensions are limited in both the range of diseases covered and the financial limit of cover, as well as being subject to a wide range of conditions – which means very few offer any real protection in a situation such as this.”

Mactavish chief executive Bruce Hepburn noted that insurers’ business models will have to respond to the coronavirus threat – firms will have to rely primarily on underwriting profits to stay afloat rather that the traditional mix of underwriting and investments, he said.

Hepburn continued: “For insurers, the impact on the investment landscape will be more pronounced than coronavirus itself.

“It could see insurers increase their premiums to recoup poor returns and improve their cash reserves, reject more claims, slow down the process of settlements, and stop providing cover in certain markets. They may also include more restrictions on the policies they do underwrite.

“The overall impact of coronavirus on the insurance sector could be more devastating than 9/11.

“We predict that insurers will now move to a model in which their businesses are primarily sustained by underwriting profits, rather than the traditional combination of underwriting and investments.

“Prior to the emergence of coronavirus, insurers were already coming under considerable pressure and we were already seeing the classic symptoms of a hard market - coronavirus has just made this situation worse.

“In the long run, this could herald a seismic transfer of risk back onto companies who will in turn be forced to allocate more of their own capital to protecting themselves against high-severity losses, limiting their activity and ability to create returns for shareholders.” 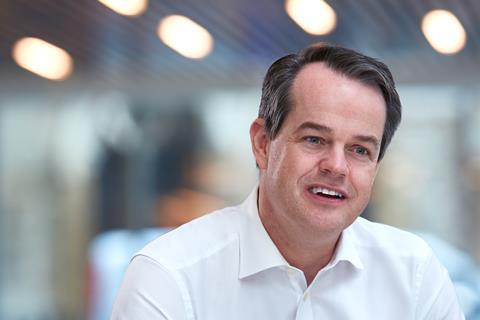