A financial advisory firm that mis-sold investments has settled its legal case with Liberty and Starstone after initially having its insurance claim rejected.

Lockton and Howden were the brokers.

Lighthouse ran into trouble with the FSA in 2012.

This was because the regulator had serious concerns over the way investment advice was sold to customers.

The FSA ordered a review of UCIS sales at Falcon from January 2009 onwards.

Facing major costs from the fallout, Lighthouse turned to their professional indemnity insurers – but their claims were rejected.

In its defence, Starstone had blamed Lighthouse for a series of non-disclosures and misrepresentations over the FSA investigation.

In one example, Startstone said that when the professional indemnity policy came up for renewal in 2012, Lighthouse failed to tell them the FSA had ordered them to review Falcon’s UCIS sales.

“Had proper disclosure and full explanations been provided by the claimants, Torus/Starstone would have refused to underwrite the policy at all, alternatively would only have underwritten it on different terms,” Starstone said in its defence papers.

As a secondary claim, Lighthouse asserted if the disputed claims were, as Starstone had suggested in its defence, notified on the Liberty policy, that Liberty would be obliged to indemnify Falcon in respect of the claims.

A court document on behalf of Lighthouse and Falcon stated: “Either the disputed claims were not notified to the Liberty policy, in which case Starstone is liable, or they were, in which case Liberty is liable.”

Liberty stressed in defence it was never told about the FSA’s Falcon concerns.

However, Lighthouse denied this, stressing it told Liberty about Falcon and UCIS.

And it said that Starstone’s state of mind was ’misconceived’ if it believed there were any deliberate mis-representations.

It also paid £116,000 for ‘A £3million XS £2million first excess layer professional indemnity insurance policy for the period 2 December 2012 to 2 December 2013’ with Starstone and Barbican.

The case has since been settled out of court on a confidential basis without any admission of liability. 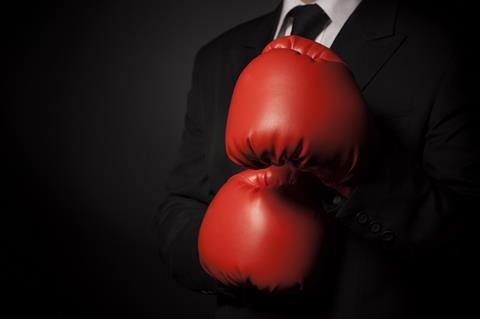