Syndicates are expected to place the majority of their business through an electronic placement system, with the target amount increasing up to the end of the year

Lloyd’s of London has set new targets it expects syndicates to reach for electronic placement of business.

For Q3 2019 each syndicate will be required to have written no less than 60% of its risks using a recognised electronic placement system with the target increasing to 70% in Q4.

In a statement, Lloyd’s said the mandate is designed to accelerate digital transformation in the Lloyd’s market.

By the end of Q1 2019, 45% of “in scope” contracts were placed electronically in the Lloyd’s market. The target for this quarter had been 40%.

Eighty percent of syndicates met or exceeded the target and therefore qualified for a rebate on their annual subscriptions.

Rigby has been performing this role on an interim basis since March this year, but it is still subject to regulatory approval.

Commenting on the electronic mandate, Rigby, said: “Electronic placement allows Lloyd’s to simplify access and lower the costs of doing business, two objectives that are central to our strategy to build the future at Lloyd’s. We have exceeded our targets every quarter so far, which is excellent news and provides further evidence that we are already reshaping the market into a more future-focused platform.”

Prior to this Rigby joined Lloyd’s in May 2017 as chief information officer with responsibilities that included technology transformation, cyber security and innovation as part of Lloyd’s overall strategy.

Under Rigby’s leadership, Lloyd’s said that IT costs have been significantly reduced, and that she has delivered a number of key technology changes, including the platform that underpins Lloyd’s Brussels – its recently launched European subsidiary.

She began her career at the BBC and held several senior roles in the public sector including the National Archives, Home Office and Department of Energy and Climate Change before moving to Telefónica UK (O2) in 2014.

Commenting on the appointment, John Neal, chief executive at Lloyd’s said: ”It has been a pleasure to work closely with her since I joined Lloyd’s and I know that her leadership, experience and energy will be pivotal to our success as we look to set ourselves up for The Future at Lloyd’s.”

She said: “I’m delighted to become Lloyd’s chief operations officer and to continue the work to build our foundations as we move into the future.

“The Operations function is vital to delivering for Lloyd’s today and in shaping and executing the strategy for tomorrow. It’s my privilege to take this role at such an exciting time in Lloyd’s evolution.” 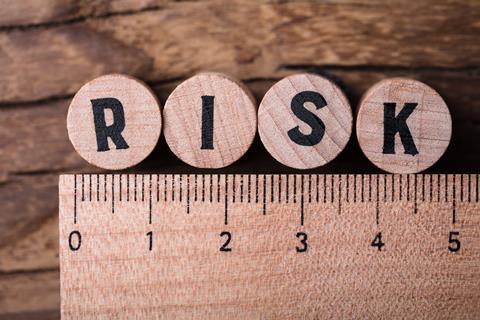