Lloyd’s is reviewing all aspects of its business after posting a £2bn loss last year.

The news, reported by Reuters, follows the announcement that chief executive Inga Beale will step down in 2019.

Sources told Reuters a “strategic review” was being worked on that included looking at the unique centuries old structure of the group.

Lloyd’s chairman Bruce Carnegie-Brown responded saying what was happening was more of a “series of improvements and ideas” than a “strategic review”.

However, he did confirm to the news agency that Lloyd’s was looking at all aspects of its business, including cost structure, technology, its role as a marketplace and a regulator, and how it mutualises risk.

A spokesperson for Lloyd’s told Insurance Times that there is no “strategic review” going on and that the current review process is nothing unusual for the business.

And they said: “Lloyd’s reviews and refreshes its strategy each year, with priorities shifting in response to changing challenges and opportunities facing the Corporation and the market. At this time we do not have plans in place for a deeper strategic review.

“This year we have continued to execute on our strategic priorities, which include significant moves to improve the market’s performance, and to drive forward modernisation through electronic placement.

“Alongside those priorities, Lloyd’s has also launched a programme of strategic initiatives to support its digital evolution, including the Lloyd’s Lab, Lloyd’s Bridge, and the soon to be launched Lloyd’s Workbench.

“Taken together, these actions demonstrate the scale of transformation already underway, and the corporation’s commitment to implementing initiatives that will deliver long-term benefits for all Lloyd’s market participants.”

Lancashire, Hiscox, Beazley - who next for Lloyd’s M&A? Analysis 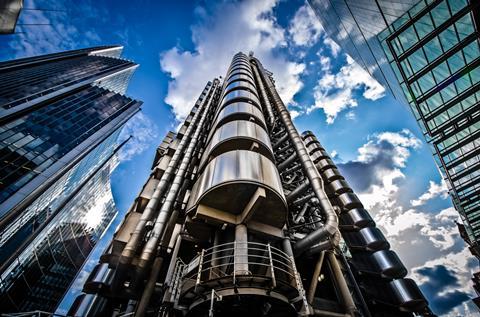