Aviva dealt with some strange claims in 2018. From damage caused by a hapless burglar who locked himself in a garden shed, to a holidaying customer who had their mobile phone destroyed by a monkey.

Andy Briggs, Chief Executive Officer, Aviva UK Insurance, commented: “Insurance is there to protect against the unexpected, no matter how unlikely the circumstance. And in volume and variety, our data on the claims we accepted in 2018 shows that Aviva helped its customers when they needed us most.”

Aviva noted a few notable events in 2018 which led to claims being made. These included:

There when bad things happen

Aviva says that customers are “increasingly turning to digital channels to make a claim, either online or using the MyAviva app.”

The speed and ease of digital is also a big attraction, Aviva has found.  It says 30% of its direct home and motor customers now notify their claim online, with more than 40% claiming online during the bad weather from ‘Beast from the East,’ and more than 70% of motor insurance customers book their car repair online.

“The purpose of insurance is to get the customer back to ‘normal’ – whatever that is,” Aviva said in its release. Last year, Aviva said it provided rehabilitation services to 1,203 people – the company’s highest number to date – helping customers get well enough to return to work.

The insurer reported that “nine out of 10 rehab cases resulted in a positive outcome for the customer.”

Why a claim is declined

4.1% of claims logged by Aviva were not accepted last year were due to reasons, it says, that are common across the industry. These include:

Briggs continued: “In last year’s claims report we promised we would continue to improve our processes to make it even easier for our customers to claim. We have made substantial progress against this goal in the last year, launching a range of digital tools to make claiming easier for customers, from booking and tracking car repairs online to a digital tool that can settle total loss motor claims on the same day.

“A significant milestone on this journey came with the pilot and launch of AvivaPlus. While much has been made of AvivaPlus’ renewal price guarantee and simplified policy terms, there is also an important claims element that benefits customers, such as quick claims decisions on electrical items under £2,000.

“At Aviva, our purpose is to help customers defy uncertainty. It’s important that our customers can count on us when the worst happens. I’m proud that last year we were able to help so many of our customers when they needed us most. But, like last year, we will continue to improve the claims process for our customers so it is effortless.”

Claims accepted by Aviva in 2018 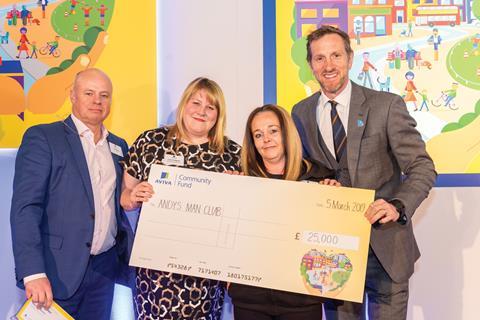