One claim saw Aviva assisting one customer after his car was struck by a toilet cistern which fell from a passing tipper truck, the release of these coincides with its latest TV ad

Deer in the swimming pool, an exploding oven and potatoes failing off a trailer onto a car – these were just a few of Aviva’s most unusual claims.

The insurer revealed some of the strangest claims it had settled for its UK general insurance customers to coincide with its new TV advertising campaign. 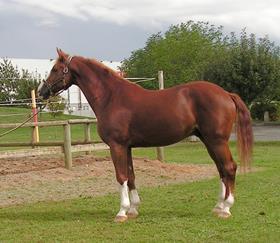 The advert which centres around the premise ‘you had to be there’ launched on Boxing Day last year, features a woman reporting that she has just crashed into a pet shop as a rabbit perches on the bonnet of her car.

Gareth Hemming, managing director, personal lines at Aviva said: “From the everyday unusual to the downright bizarre, we encounter all sorts of claims from our customers – the kinds where people say ‘you had to be there!’ Insurance is designed in case of the unforeseen and unexpected - and as our claims experience shows, we see plenty of situations which couldn’t have been predicted.

“Whatever the circumstances, our priority is to help to put things right for our customers – whether this means getting them back on the road, replacing shattered windows or supplying new carpets.”

More than half (56%) of Aviva home and motor claims are reported online.

Last year it saw an 85% increase in same-day claim payments to Aviva UK general insurance customers (compared to 2019). And around three fifths of motor claims inquiry calls can now be self-served online.

These are some of Aviva’s weirdest claims: