The broker is looking to expand its panel of insurers and has ambitious growth plans, Holman told Insurance Times. 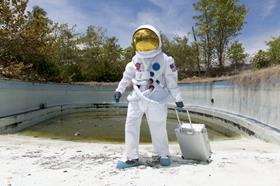 Somerset Bridge has a range of broking brands, including car broker GoSkippy, Vavista - which provides car, life and home covers - and the newly launched GoSkippy4Business, which has a focus on commercial van and small business insurance.

The broker had run a lot of its business through the Somerset Bridge MGA, but now Holman is keen to diversify its distribution and bring in more insurers.

He said: ”We have had some great chats with people. We are sitting there with 400,000 clients and are a decent sized broker, but a lot was going in one direction. Now we can start to develop that whole panel.”

”I am very optimistic about what we can do with the business on the broking side, coupled with the GoSkippy for commercial business brokerage that we’ve established. We have good insurer representation on there. That is starting to get some traction,” he added.

Following the sale of the business, there have been some changes at the top, with chief executive Liz Bilney and legal counsel John Banks - brother of ex-majority shareholder Arron - departing.

Holman said the business has until the end of October - 12 weeks from the completion of the deal - to get back to the regulator with the final leadership structure.