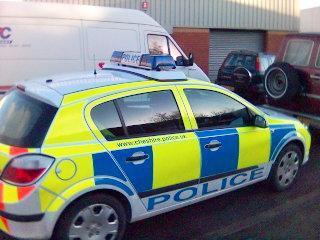 The Insurance Fraud Bureau has helped smash an alleged crash for cash scam operating in Huddersfield which yesterday resulted in the arrest of eight men and one woman by police in Kirklees.

The operation, into suspected fraud & money laundering offence, focused on a suspected crash for cash scam in Huddersfield that has operated from a business on Blackmoorfoot Road.

Kirklees CID, Proceeds of Crime Officers, the Ministry of Justice and the Insurance Fraud Bureau were all involved in the investigation.

One man remains in custody while the other suspects have been released on bail pending further enquiries.

DI Andy White of Kirklees CID said: “These arrests have come as a result of months of work investigating an alleged crash for cash scam operating in the Huddersfield area.

“The people involved in this organised criminal activity effect us all leading to insurance premiums being inflated to cover these losses.”