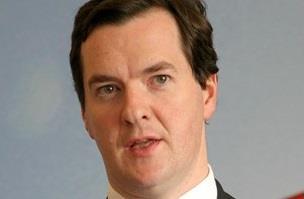 Chancellor of the Exchequer George Osborne pledged that the City of London will lead the world in insurance and reinsurance.

“In five years’ time the City of London will remain the world’s leading international financial market,” he said in his annual Mansion House speech on Wednesday night.

“It will be the leading centre for insurance and reinsurance, for asset and wealth management, for shipping, and for a wide range of legal, accounting and other professional services,” he said

UK financial services will be the “best regulated in the world, with markets of unquestioned integrity and the highest standards of conduct,” Osborne said. .

“There will be more competition, more innovation and more players in retail markets – offering customers a better service,” he said. “There will be new firms disrupting the status quo, and big firms raising their game in response, with Britain leading the fintech revolution.”

Osborne added that there will be more high quality jobs in finance across the UK: “In Edinburgh, Birmingham, Belfast, Cardiff and the great cities of the Northern Powerhouse.”

Turning to the government’s EU renegotiation, Osborne said that, while the UK “benefits enormously” from the single market in financial services, “Yet one of the greatest threats to our international competitiveness comes from ill-designed and misguided European legislation.

“A central demand in our renegotiation is that Europe stops costly and damaging regulation, and instead rediscovers its economic ambitions that once made this the most dynamic and prosperous part of the world,” he said.

Osborne said the EU agenda should focus on completing the single market in digital and professional services, and on free trade deals with the US, India, Japan and China.

“That’s a European agenda we need to see more of – an agenda that will benefit not just the United Kingdom, but the whole of the European Union,” he said.