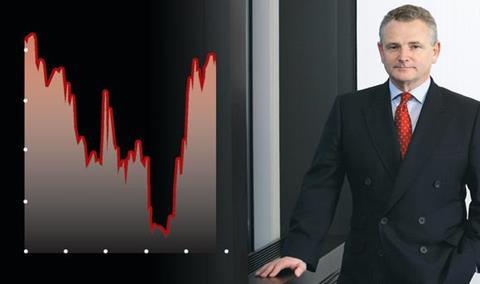 Chief executive Andrew Moss, who last year bagged £2.69m in salary and bonuses, has turned down a £46,000 pay rise.

Trevor Matthews was handed a £4.25m welcome package when he arrived as UK boss last year.

Several leading institutional shareholders remained unhappy, according to the FT.

One said: “No one supports Moss.”

The pay packages come amid a backdrop of Aviva losing a quarter of its share value last year, as it struggled with a backlash from the eurozone crisis and a corporate strategy that has failed to impress investors.

One shareholder told the FT: “In the context of concerns about the performance of the group and the executive team, why an earth did the remuneration committee propose such a rise for the CEO?

“The response was universal criticism. It demonstrates…. how poorly some remuneration committees are working.”