Scandal-hit Lloyd's woes deepen as it crashes to £1bn loss

Lloyd’s suffered another massive blow as it crashed to a £1bn loss today, with chief executive John Neal admitting the results are not good enough and fresh plans are on the way to shake up the historic market.

The historic market clocked up a 104.5% combined operating ratio amid a string of hurricanes and wildfires. This followed a £2bn loss in 2017 and a 114% combined ratio.

Major claims were £2.9bn amid US hurricanes, a typhoon in Japan and Californian wildfires. in 2017, claims totalled £4.5n.

Lloyd’s has introduced tough underwriting rules, especially on lines such as marine and professional indemnity.

John Neal said: ”We expect these actions to deliver progressive performance improvement across the market beginning in 2019.”

It comes as the 330-year-old institution revealed plans to tackle sexual harassment, with the reports described as ’horrific’ by powerful politicians.

A Bloomberg probe revealed rampant bullying, sexual harassment, sexism and chauvinism in a devastating portrayal of a backwards institution.

Lloyd’s underwriting room on the brink amid Deloitte review 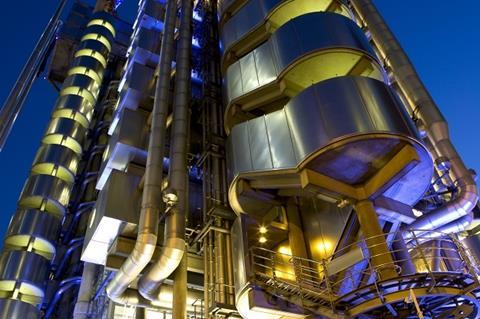