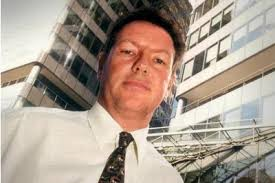 Tiner is to join the broker’s board in early June, succeeding current chairman Alastair Lyons, who has held the role for the past four years.

Highbridge partner Scot French, whose hedge fund led the consortium that recently took over Towergate, said: “We are delighted to announce the appointment of John, who has tremendous knowledge and experience in financial services and with the U.K regulatory authorities. John strongly complements Towergate’s team of talented and experienced leaders.

“It is testimony to Towergate that we have attracted another senior industry figure to the team, demonstrating Towergate’s ability to secure the very best talent. I’d like to thank Alastair for his contribution to Towergate and his commitment and focus guiding the business through its recent recapitalisation.”

Tiner said: “Towergate is a business which is now far better positioned to embrace the significant opportunities that exist in the marketplace.

The group can now do this with renewed confidence in its strategy to lead in specialist insurance and underwriting markets.

”The recent recapitalisation of the business has reinforced Towergate’s position as a formidable presence in UK insurance, re-emerging more determined than ever in its ambition to be the leading UK insurance broker. I very much look forward to being a part of the Towergate story as it moves into a new chapter.”

Tiner is also an independent non-executive member of the Board of Credit Suisse Group, where he is also Chairman of the Audit Committee, and owns a micro-brewery with his wife in Devon.

He worked for Arthur Andersen for 25 years, rising in 1997 to head the accountant’s global financial services practice where he led the team which produced the official Bank of England report that investigated the 1995 Barings Bank collapse.

In June 2001, the Leeds United and Bath Rugby fan joined the FSA to become managing director of the consumer, investment and insurance directorate.

Just over two years later, he was appointed Chief Executive of the FSA, in which role he led the Tiner Review to reform the regulation of both the life and general insurance industries. He left the FSA in 2007.

Insurance Times reported in February that Tiner was being lined up to chair Towergate.