Two men have been sentenced for fraud by false representation and conspiracy to commit fraud after a serial fraudster, who claimed more than £80,000 after saying he was permanently disabled in a bus crash, was caught walking on CCTV.

Mohammed Taj was injured in a road accident in Pakistan on 25 October 2011, when a lorry hit into the bus he was riding and killed several people.

After returning home to the UK, Taj was hospitalised until 6 January 2012 and went through several surgical procedures.

Taj then put in a claim worth £83,737.50 against AIG, claiming to have been permanently disabled. He had a Disabling Injuries Protection Plan with the insurer.

AIG’s suspicions were raised when it realised he had tried to submit multiple accident claims before.

At his required medical appointment in February 2013, Taj tried to dupe a medical examiner into believing he needed a wheelchair and two crutches to remain mobile.

Taj enlisted the help of his neighbour Shahnaz Zaman, who pretended to drive Taj to a medical appointment in February 2013. Taj had driven most of the way there, then swapped with Zaman. Taj was then wheeled in and out of the building in a wheelchair. 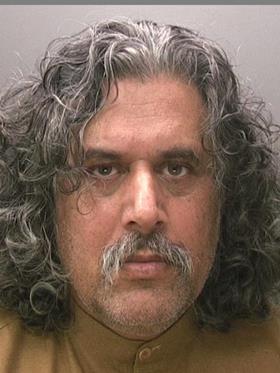 What the pair did not know was that a private investigator was watching Taj’s every move.

The surveillance team caught Taj red handed on CCTV as he moved around the car without aid and swapped seats with Zaman. AIG sent the footage to the medical examiner.

Even when faced by an investigator, the trickster lied about how he had got to the appointment. With two legs to stand on, Taj’s claim was thrown out. The duplicitous duo might have got away with their scam, but they failed to realise that AIG were on the case.

Trickster Taj was arrested on 24 September 2014 and a police search of his home uncovered another false total disability claim with yet another insurance company, worth £22,500, alongside £4,980 that was paid out to him for hospitalisation.

If only the fraudster had been caught out sooner, he would never have received this money. The insurer confirmed that if they had seen the footage they would have thrown out the claim. On 17 December 2014, Taj was arrested for the second fraud offence.

City of London police detective sergeant  Mohammed Darr led the IFED investigation. He commented: “Taj was determined to take advantage of the insurance industry by making two false claims. However, due to the hard work of our officers and the co-operation of the insurance companies, his cunning attempts to deceive medical professionals were ultimately unsuccessful.”

AIG fraud manager David Halstead said: “Whilst we are pleased to have prevented Taj from defrauding AIG, this is another sad example of someone’s greed getting the better of them. Had Taj been honest and truthful, it’s likely he would have received some compensation.”

Halstead continued: “Instead, he chose to lie to us and the medical experts who were trying to help him. As a result, he has ended up with no money and a criminal record. This should serve as a lesson to anyone tempted to commit this type of fraud in the future.”