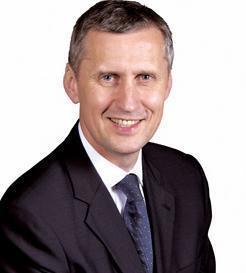 Martin Wheatley, managing director of the Financial Services Authority (FSA), today announced that he wanted to see an end to mis-selling created by sales incentives.

Speaking at a Thomson Reuters Newsmaker event in London this morning, Wheatley took the PPI mis-selling scandal as a prime example, saying: “This bonus-based approach has played a role in many scandals we have seen over the years.  Incentive schemes on PPI were rotten to the core and made a bad problem worse.”

He called for cultural change and confirmed that he would be taking a leading role in implementing these changes with the FSA and in the FCA in the future.

“We, as the regulator, intend to change this culture of viewing consumers simply as sales targets and I am going to be personally involved in getting this right. This will be part of the ongoing improvements we make to regulation as we seek to make markets work well and give people a fair deal.”

Wheatley encouraged companies to change the way incentive schemes are run, so that their function is to benefit the customer and not just the sales person.

The FSA is unlikely to ban commissions, but is going to undertake a wider review of incentive schemes.